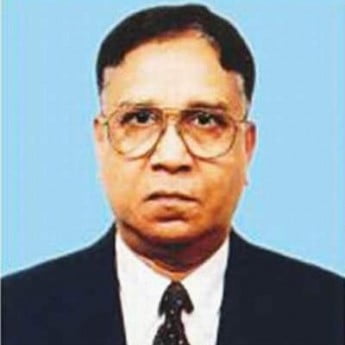 Convicted war criminal Syed Mohammad Qaisar has filed a petition with the Appellate Division of the Supreme Court seeking review of its verdict that upheld his death sentence for committing crimes against humanity and war crimes during the country’s Liberation War in 1971.

Qaisar filed the petition yesterday through his lawyer Tanvir Ahmed Al Amin seeking acquittal of the charges in which he was convicted and sentenced to death.

In the review petition, Qaisar mentioned a total of 18 grounds for which the apex court may consider his prayer, his lawyer Tanvir said.

He said the SC will fix a date for later on, hearing the review petition.

The lawyer said Qaisar is 82 years old and sick. He moves on a wheel chair.

There is no precedent of sentencing such an old sick man to death in the world, he said. Qaisar is now in Keraniganj jail.

On January 14 this year, the SC upheld the death sentence of former Jatiya Party leader Syed Mohammad Qaisar, for his involvement in crimes against humanity and war crimes — including killing and rape — during the 1971 Liberation War.

The apex court delivered the verdict, allowing an appeal in part filed by Qaisar — a local leader of the then Razakar and Peace Committee, two anti-liberation forces — challenging the International Crimes Tribunal-2 verdict that sentenced him to death for the crimes committed in Habiganj and Brahmanbaria in 1971.

A four-member bench of the Appellate Division of the SC headed by Chief Justice Syed Mahmud Hossain came up with the verdict by the majority view.

The ICT on October 22 this year issued death warrant against Qaisar after the Appellate Division released the full text of its verdict.

On January 14, after the SC announced the short verdict, Law Minister Anisul Huq told The Daily Star that the government would execute the apex court verdict on completion of all legal procedures.

Five Jamaat leaders have already been executed for committing crimes during the Liberation War while another senior leader, Delawar Hossain Sayedee, is serving jail until death for the same offences.