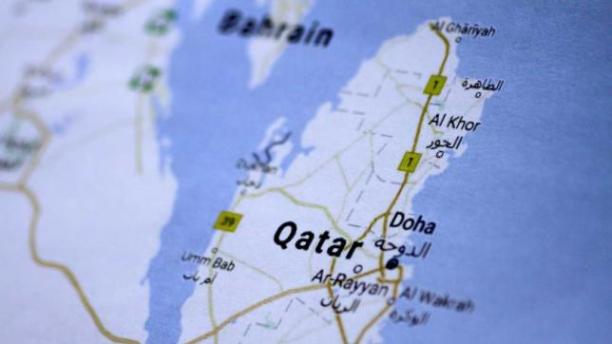 Hundreds of Bangladeshi migrant workers employed by private companies in Qatar are facing difficulties returning to their workplaces as their online applications for re-entry permits, required due to the pandemic, have been rejected or are under process for an unduly long time.

The workers said they came home on vacation before the Covid-19 pandemic struck — holding valid visas and residence permits, known as the Qatar ID Card.

Stuck at home for months with no jobs now, they are feeling the financial crunch.

They applied online via their respective  employers in Qatar maintaining due procedure, yet they are facing this trouble.

On October 11, over a hundred Qatar-based migrant workers formed a human chain in front of Press Club in Dhaka. A team of the protesters later that day submitted a letter of memorandum to the foreign ministry in this regard.

However, during a meeting on Thursday, Qatar Foreign Minister Yousuf Mohamed Al Othman assured Bangladesh Ambassador Jashim Uddin that “exceptional entry permits” would be  issued to expatriate Bangladeshi workers in a short time, according to a  press release issued by the embassy.

Due to the pandemic, expatriate workers unable to return because of the restrictions imposed have to obtain an exceptional entry permit allowing them to return to the Gulf country, effective from August 1.

The employer must apply for an entry permit for the respective expatriate worker, using Qatar Portal, an official website of the Qatar government.

Contacted, Monsur Ahmed Kalam, president of the Association of Travel Agents of Bangladesh, said around 4,000 to 5,000 Bangladeshis with return tickets were waiting to go back to their workplaces in Qatar.

Of them, workers employed at private companies are mostly having problems getting re-entry permits. The exact number of such workers could not be known.

The Bangladesh Embassy in Doha has already submitted  a list of stuck workers to the Qatar authorities.

Miraz Hossain, a private company worker in Doha, said he came home on February 1 on a two-month vacation and was supposed to return to Qatar on April 1.

Aside from the two-month vacation, he had permission for an additional four months’ stay outside Qatar. His employer applied for his re-entry permit in August.

“But it was turned down,” said Miraz, who is from Dhaka. Another application filed in September was also rejected.

Md Abdullah, 29, who works as a salesman for a company in Qatar, is facing a similar problem.

The migrant worker from Sylhet’s Kanaighat said he came home on March 5 on a 45-day vacation. His employer had applied for his re-entry in July but it was rejected immediately.

Abdullah said his employer applied again in August but the website Qatar Portal still shows his application to be “under process”.

“I have been unemployed at home. My family sold two CNG-run auto-rickshaws we owned to meet our financial needs.”

During their protest, the migrant workers demanded that the government should look into their matter and address it to the Qatar government for an immediate solution.

According to the embassy, Qatar hosts around 4 lakh Bangladeshis, mostly migrant workers. More than 80 percent of Bangladeshi male workers there are involved in the construction sector.

On October 15, Bangladesh Ambassador Jashim Uddin, during a meeting with the Qatar foreign ministry’s Head of Asia Affairs Khalid Ibrahim Al-Hamar, sought Qatar’s support in facilitating the return of stranded Bangladeshi expatriates, according to a social media post of the embassy.

In response, the Qatar official assured Ambassador Jashim of extending all possible cooperation.

According to the post, both expatriate Bangladeshi workers and a good number of Qatar-based Bangladeshi businessmen remain stranded at home.

He said for workers’ re-entry to any of the Gulf Cooperation Council countries — including Qatar — the sponsor needs to apply to the local authorities for clearance.

Otherwise, the automated system will not allow the worker and the relevant embassy in Bangladesh will also not issue a re-entry visa, he told this newspaper recently.

It cannot be correct that stranded workers did not get re-entry permission despite the sponsors’ applications maintaining due procedure, he said, adding the problem could be elsewhere then.

Asked about the memorandum submitted by the stranded workers to the foreign ministry, he said he was unaware about the matter.