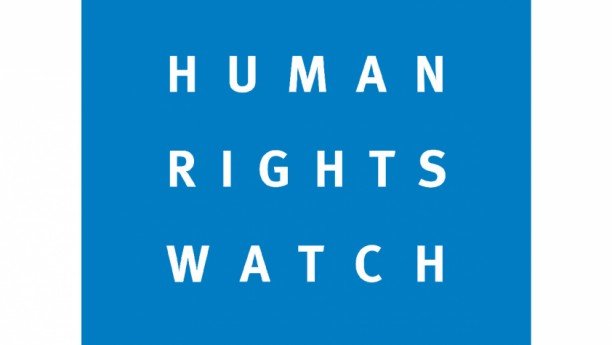 A Human Rights Watch report, scheduled to be published today, blamed lack of accountability in enforcing laws and systemic flaws for Bangladesh’s failure to protect women who have suffered violence.

Based on interviews of survivors and drawing upon surveys, the report of the international rights watchdog said although Bangladesh is in the final phase of its commitment to end violence against women and girls by 2025, the scourge rages on unabated.

Despite strict laws to safeguard women, their poor enforcement and lack of accountability leave victims without any recourse, said the report, a copy of which The Daily Star obtained.

According to the report, domestic violence increased during the shutdown following the Covid-19 outbreak with as many as a fourth of the respondents reporting violence for the first time.

The 65-page report titled “‘I Sleep in My Own Deathbed’: Violence against Women and Girls in Bangladesh”, draws on 50 interviews to document the obstacles for the government’s goal of a society without violence against women and children.

“The uptick in violence against women and girls during the Covid-19 pandemic, as well as recent protests against sexual violence, are a bellwether to the Bangladesh government that urgent structural reform is needed,” said Meenakshi Ganguly, South Asia director at Human Rights Watch.

“The government should take concrete action by creating accessible shelters across the country, ensuring access to legal aid, and removing obstacles to reporting violence and obtaining justice.”

Referring to research done by Ain o Salish Kendra (ASK), HRW said at least 235 women were murdered by their husband or his family in just the first nine months of 2020.

The HRW report found that not only is the criminal justice system failing survivors of gender-based violence, but additional failures in response, protective measures, and services seriously hinder survivors’ ability to access the justice system in the first place.

According to data provided by the Multi-Sectoral Programme on Violence Against Women, of more than 11,000 women who filed cases through one of the government’s nine One-Stop Crisis Centers for women and girls, only 160 saw successful convictions, HRW mentioned in the report.

According to the Justice Audit, in 2016 courts disposed of just over 20 percent of the over 170,000 pending Nari-o-Shishu cases that year, convicting only 0.5 percent of those accused.

The HRW report found that women and girls often cannot seek meaningful legal remedies under these laws, and abusers are rarely held to account.

Compounding this problem is the fact that with a backlog of some 3.7 million cases. Trials are often delayed or drawn out for years.

For most women and girls in Bangladesh, access to safe shelter for protection and support is lacking with an estimated 21 government-run shelters and 15 NGO-run shelters for survivors.

“This is deeply inadequate considering that most women in Bangladesh face some form of violence in their lives.”

The report recommended development of stronger prevention mechanisms, including comprehensive education in schools on consent, sexuality, and relationships, and awareness campaigns for women and girls about their rights.

It also suggested increasing access to support services across the country, including providing accessible and safe shelters for survivors of gender-based violence in every district, without court orders to stay or restrictions on children.

The report stressed providing sufficient training to public prosecutors and police on standards of criminal investigations, particularly in relation to working with survivors of gender-based violence.

It recommended the creation of a centralised, online filing system for all cases of gender-based violence and to ensure that relevant case information and reports are freely available and accessible to all parties to the case as appropriate.

The report lauded the government’s success in addressing acid violence as acid attacks dropped dramatically from 500 cases in 2002 to 21 recorded attacks in 2020.

According to the report, some lawyers and activists suggested a variety of factors behind shortcomings in prosecution, including public prosecutors who are essentially political appointees and therefore there is little accountability in ensuring they carry out duties as required.

Prosecutors are also not recruited based on experience and are often not properly trained in criminal law, which leads to a failure in coordinating effectively with investigating officers to collect evidence or to make sure that witnesses appear in court when required.

Survivors and activists said public prosecutors often seek bribes from both sides, and if the accused has a greater ability to pay, prosecutors may ask for a reduced sentence or even lose the case by not presenting all evidence.

Despite repeated promises, Bangladesh still has no victim or witness protection law and women’s rights lawyers said this presents a serious obstacle to effectively pursue cases.