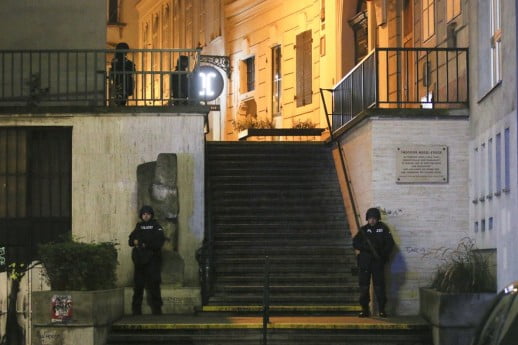 Two Austrians of Turkish descent — Recep Tayyip Gultekin and Mikail Ozen — were honoured at Turkey’s Embassy in Vienna, Austria on Tuesday for saving the lives of a police officer and two women during the attack on Monday night, says Turkish state international news channel TRT World.

Turkey’s President Recep Tayyip Erdogan has praised the two for their heroic actions during the terror attack that left four civilians and one attacker dead, the report said.

Gultekin and Ozen were in Vienna’s city centre when the attack began.

Both headed in the direction of the incident and saw the terrorist shooting at civilians.

They risked their lives to rescue a police officer and two women, according to TRT World.

“If the same thing were to happen again today, I would do the exact same thing without a second thought. Because we live in Austria, we stand with Austria.”