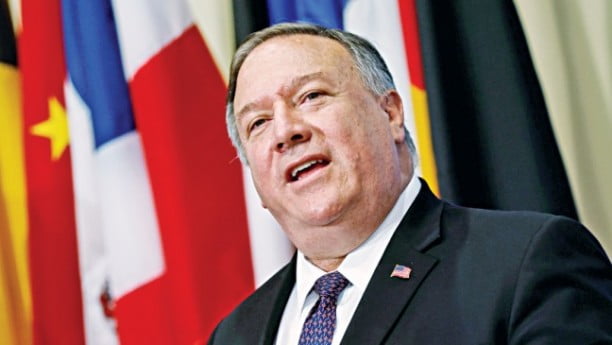 US Secretary of State Mike Pompeo and Defence Secretary Mark T Esper arrived at New Delhi today for the third edition of the structured dialogue with their Indian counterparts which is aimed at strengthening defence and security ties and bolstering allyship.

The third edition of the India-US two-plus-two dialogue is expected to finalise the Basic Exchange and Cooperation Agreement (BECA), which is the last of the four military communication foundational agreements and an important precursor to India acquiring armed drones from the US.

The communication agreement allows both countries to share military information about threats on land and the Indo-Pacific.

The two-day visit of Pompeo and Esper, who will also call on Indian Prime Minister Narendra Modi, comes at a time when India is engaged in a tense border standoff with China in Ladakh.

The situation in South Asia is also likely to come up for discussions Pompeo will have with Jaishankar.