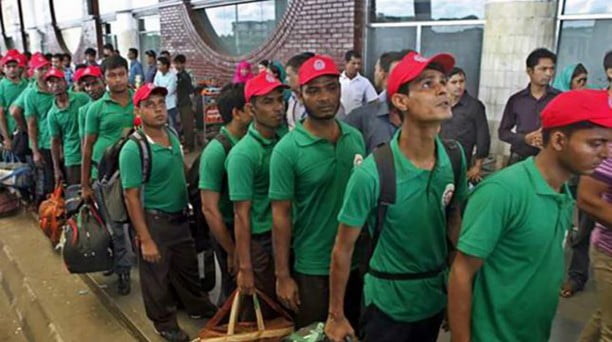 If implemented, this initiative is likely to enable many undocumented Bangladeshi migrant workers to secure jobs in those sectors.

The Malaysian premier on Friday said his government was seeking ways to solve the problem of shortage of foreign workers in those two sectors, especially after the country closed its borders to curb the spread of Covid-19, reports Bernama, the country’s national news agency.

The proposal is to give one- or two-year work permits, Muhyiddin said at a meet-the-people session with the Chinese community and Chinese non-governmental organisations in Pagoh.

“Give them a temporary licence or work permit, like what we call an amnesty or legalisation programme. This is what we are mulling over,” the PM said.

Muhyiddin was replying to a question on his government’s efforts to help Pagoh residents involved in the oil palm sector which was facing a worker shortage due to the Covid-19 pandemic, the Bernama report said.

The Malaysian premier said the proposal would be explained further by the home and human resources ministers later to avoid misunderstanding.

Muhyiddin said he did not want to give the wrong impression to syndicates that they could bring in illegal workers in future because Malaysians were “nice people”.

“You [illegal foreign workers] stay there one year and can get a work permit. This [perception] is wrong.”

The PM said he was aware that the shortage of workers affected many parties because this issue was frequently raised at his meetings with the local people, including community associations.

“That’s why we will study the situation. If possible, we will try to implement it,” he added.