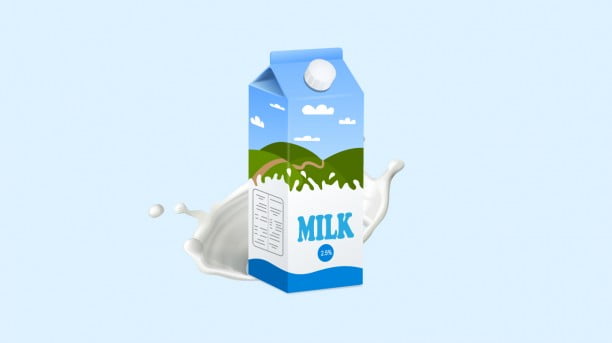 While malnutrition remains a major hurdle, milk that contains powerful nutrient values are less consumed, produced in low volume and often wasted for dearth of a fitting processing and distribution system in the country, official data says.

One solution to all the problems may be UHT (Ultra high-temperature) processing technology for milk and its six-layer aseptic carton pack, experts have said.

UHT processing for milk ensures supply of uniform nutrient values devoid of any contamination. UHT technology helps the milk last for as long as six months without the need for refrigeration or using preservatives.

This technology is recognised worldwide for more than 60 years and more countries are adopting the methods gradually, says Prof Raihan Habib, head of Department of Dairy Science in Bangladesh Agricultural University.

This method can save the country’s milk industry by processing safe and hygiene milk and making its nationwide distribution easier. At the same time, these technologies would provide nutrition and a better immune to one’s body that has become vital amid the coronavirus situation, he said.

Use of UHT milk has already been growing in Bangladesh for last one decade. Recently, several major companies started manufacturing by setting up UHT processing plants, an early adopter being Pran Dairy Limited.

“UHT milk is our future… indispensable for children and even pregnant women. Only children under one-year age require doctor’s consultation. It should be made compulsory in school meals to combat malnutrition,” Prof Habib said.

According to Food and Agriculture Organisation of the United Nations (FAO), malnutrition rates declined in the country over last one decade. Still, FAO data shows, some 95 lakh preschool-age children, which is 54 percent of the age group, suffer stunned growth, 56 percent children are underweight and 17 percent children suffer a low-weight that carries risks of mortality.

Milk has strong nutrient values. Its high quality protein supplies energy. Its calcium, vitamin-D and phosphorus strengthen bones and teeth. It has ingredients for the immune system, for skins, eyes, blood and psychological growth. It helps weight control, lowers blood pressures, protects against heart diseases, and plays role in prevention of Type 2 diabetes.

World Health Organisation (WHO) recommends 250 millilitres and yearly 90 litres per capita milk consumption per day. But the country’s real daily consumption is barely above 52 millilitres, which is barely one third of the WHO recommendation, Prof Habib say quoting his own study.

However, the annual data sheet of Department of Livestock Services in 2019-20 recorded the per capita milk consumption per day to be 175 millilitres, which is still lower than the recommended amount.

The DLS data shows the annual production of milk in 2019-20 was 107 lakh tons, which is 30 percent less than the national demand for 152 lakh tons to follow the WHO recommendation.

The country’s major milk production occurs in the northern areas, especially in Pabna and Sirajganj districts. The harvested milk in the districts cannot be distributed nationwide immediately as milk perishes within a few hours of production. Refrigeration can help, but the process was often found impossible without contamination. Besides, many countries like Japan has banned traditional process of harvesting milk for its flaws.

Another process of pasteurizing the milk lengthens the milk’s life to maximum seven days.

Besides, most of the country’s milk production happens in the winter, leaving little scope for nationwide distribution round the year.

Normally, people consume milk after boiling it in 100 degrees Celsius for hours in homes. In that process, many useful elements of milk are lost with harmful bacteria.

Pasteurized milk is heat treated at 72 to 74 degrees Celsius for 15 to 20 seconds leaving chances for harmful elements.

In UHT processing, Prof Habib says, the milk is heated in the range of 135-140 degrees Celsius and brought down in normal temperature in a closed mechanised system for only four seconds.

“Heating in an ultra-high temperature for a short time sterilises milk, but protects all its nutrient values,” he says.

After processing, the milk is put into sterilised carton pack.

Polythene in innermost layer make the package liquid tight, while paperboards on the exterior keeps the package dry. Aluminium layers in the middle protects milk from light and oxygen, eliminating the need for refrigeration and using preservatives.

As it doesn’t require refrigeration, sellers can keep it anywhere in their stores and transport to distant districts easily to make it available to consumers. People can drink it directly from the package without boiling, he said, quoting BSTI’s regular vigilance reports.

“But once the package is opened, it would require refrigeration,” he says.