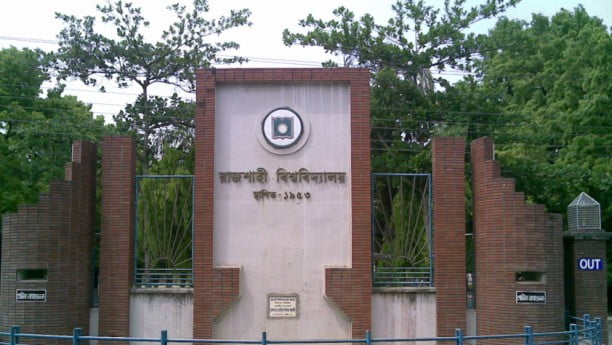 The committee found evidence of 25 allegations against them during the investigation.

Dil Afroz said, “We have found evidence of the allegations against some top officials and teachers of the university. Based on the probe report, the concerned department will take further steps.”

The probe report recommended an audit of the assets of RU VC, pro-VC Prof Chowdhury Zakaria, some teachers, officials and their dependents for aiding the corruption and irregularities.

The report also suggested removal of RU Registrar Prof Abdul Bari for not cooperating during the investigation.

Earlier on January 4 this year, some 62 teachers and two job seekers submitted an allegation to the PMO office, Education Ministry, UGC and ACC against RU VC Prof M Abdus Sobhan and Pro-VC Prof Choudhury M Zakaria. They brought allegations of corruption, nepotism, illegal recruitment against them in the 300-page allegation sheet.

Following the directives of the PMO office and Education Ministry, the UGC formed a three-member probe committee led by Dil Afroz Begum, a UGC member to probe the allegations. As a part of the probe, the UGC also held an open hearing to present statements of both the parties over the allegations.

Talking to the investigation committee members, it was learnt that, the regulatory body submitted a report of 36 pages and 700 more pages of related documents for taking action in this regard.

Following the investigation, the committee found evidence of 25 irregularities and corruption against heads of the university administration. These includes– allegations of providing false information to the chancellor on voluntary retirement, nepotism in the appointing teachers, appointing heads of different departments violating rules and several financial transactions.

In the report, it was said that, the vice-chancellor has relaxed the recruitment policy intentionally and appointed his daughter and son-in-law as teachers at the university. In addition, some 34 low-qualified candidates have been recruited as teachers in different departments of the university.

The probe report also recommended to cancel the appointment of those 34 teachers, and other staff, officials who were appointed through nepotism and irregularities, following the relaxed policies.

The probe report also said the RU VC Prof Sobhan occupied a duplex house of the university for 18 months showing various excuses. It recommended collecting Tk 5.61 lakh as rent for the house from the VC.

The Daily Star tried to contact the RU VC several times for his comments but he did not receive any of the calls.

The VC later issued a letter through the university public relations office and said he will share his comments through a press conference on Sunday.