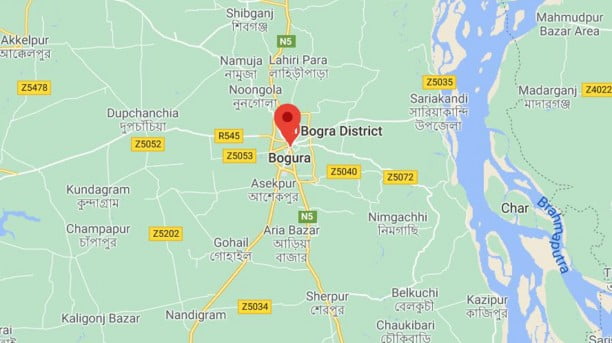 Two truck drivers were killed and two other drivers were injured after a bus hit four sand-laden trucks parked beside the Rangpur-Dhaka highway in Bogura’s Sherpur upazila this afternoon.

The accident happened in Mirzapur Aam Bagan area around 4:00pm when the four victims stood between two trucks and were collecting slips for carrying sands, said Raton Hossain.

A Bogura-bound bus of Rizvi Paribahan from Dhaka hit the parked trucks when four truck drivers trapped into two trucks, leaving two drivers dead on the spot and two others injured.

Police seized the bus but its driver and helper managed to flee the scene, said the station officer.