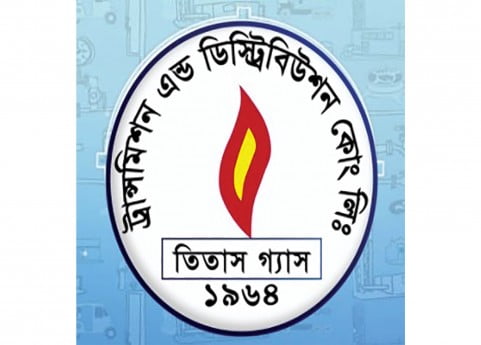 The state-run Titas Gas has a provision shortfall of Tk 736 crore in its pension fund, according to the company’s audit report.

Besides, the listed natural gas distribution company did not keep any provision against its fixed deposit receipts (FDRs) with Padma Bank and ICB Islamic Bank, it said.

In its financial statements, Titas Gas showed that it is owed about Tk 168 crore as cumulative penal interest since 2002, which was doubtful to the auditor.

The company also did not comply with an order from the Financial Reporting Council on transferring share money deposits to share money capital.

Against this backdrop, the company’s auditor provided a qualified opinion on its financial reports for the year that ended on June 30, 2020.

The information was disclosed yesterday on the Dhaka Stock Exchange website.

A qualified opinion is a statement issued in an auditor’s report that suggests the financial information provided by a company was limited in scope or there was a material issue with regard to the application of generally accepted accounting principles.

The financial statements of Titas Gas showed that the company required a provision for its pension fund for eligible employees.

However, the provision for the pension fund was only Tk 30 crore, resulting in a shortfall of about Tk 789 crore, the audit report said. And so, the actuary firm recommended making an annual provision of Tk 188.90 crore for the next five years to make up the said deficit.

The company also paid Tk 51.58 crore and Tk 49.28 crore respectively as a final settlement for the outgoing employees for the preceding two years.

But citing an inadequacy of funding as well as insufficient yearly profits, the company had initially decided to provide Tk 188.90 crore in three years commencing from 2018-19.

It would later review the provision amount for the subsequent years, against which the company has made a provision of only Tk 124 crore as of June 30 this year.

Titas gas showed in its financial report that its penal interest and other charges for delays in bill payment from bulk customers, including the Power Development Board, amounted to Tk 168.33 crore.

It showed that this amount has been generated since 2002 but there is still no realisation till date.

“We also came to know that the customers are not interested to pay such penal interests,” the auditor said in its report.

And so, there is substantial doubt that the company will be able to realise this interest, it added.

Titas Gas should also receive Tk 60.62 crore in total by cashing in its FDRs with Padma Bank and ICB Islamic Bank.

But since these lenders have poor credit worthiness, it is doubtful whether the company will secure returns on this investment, which require provisions against the accounts.

Meanwhile, the Financial Reporting Council had ordered all listed companies to convert their share money deposits into capital within six months while calculating the earnings per share by considering the new capital.

However, the natural gas distribution company failed to comply as its share money deposit stands at Tk 178.49 crore as of June 30.

However, loans to such companies could not be disbursed as per the BSEC order because the companies had some directors in common, the auditor said.

Mahmudur Rab, company secretary of Titas Gas, did not respond to phone calls for a comment by the time this report was filed.