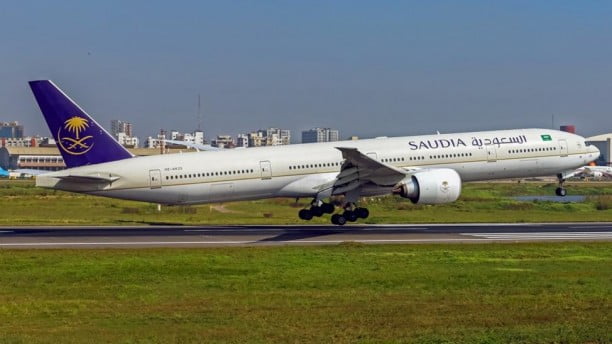 Biman Bangladesh Airlines and Saudi Arabian Airlines have ferried over 31,316 stranded Bangladeshi migrant workers to their workplaces in Saudi Arabia in 31 days since September 23.

Managing Director and CEO of the country’s national flag carrier Mokabbir Hossain yesterday said they have arranged four special flights to Saudi Arabia late this month for those who returned to Bangladesh from the Gulf country on airlines other than Biman and Saudia.

Different airlines that used to operate flights to Saudi Arabia via stopovers in their respective countries are yet to resume operations to the country from Dhaka amid the coronavirus pandemic.

The return of Bangladeshi migrant workers, who had come home on airlines other than the two national flag carriers, to Saudi Arabia became uncertain as Biman and Saudia did not issue any new tickets amid the huge rush of their own passengers to return to their places of work.

Around 55,000 Saudi-bound Bangladeshi expatriate workers have been waiting to return to their workplaces in Saudi Arabia since resumption of regular flights to the Gulf country from September 23.

Talking to The Daily Star, MD and CEO of Biman said they have already carried 14,316 Bangladeshis to Jeddah, Riyadh and Dammam through 40 flights.

A top official of Saudia yesterday said they have already carried over 17,000 Bangladeshi expatriates to different destinations in Saudi Arabia through 48 flights since September 23.

Sources at both Biman and Saudia said that Bangladeshi workers with return tickets will have no problem reaching the Kingdom as there are enough available seats now.

Mokabbir said they have been operating Boeing 777 aircraft with a capacity of 419 seats to accommodate a greater number of passengers in a single flight.

An official of Saudia said there is no rush of Saudi-bound passengers at present in their airlines and they hope to carry all Bangladeshi migrant workers to Saudi Arabia within their scheduled time.

“No one is leaving from our counter at present without re-issuance of their return tickets,” said the official, preferring not to be named.

At least 55,000 Bangladeshi expatriates with return tickets in hand have been waiting to board Saudi Arabia-bound flights since the Covid-19 pandemic halted air travel to the Kingdom.

Since the resumption of flights by Saudia and Biman, expatriate Bangladeshis rushed to sales offices of the two airlines in the capital to ensure re-issuance of their return tickets.

Almost every day since resumption, several thousand expatriate workers gathered in front of the offices with the hope of getting a ticket to return to their workplaces in Saudi Arabia.

They were worried about losing their jobs if they were unable to return to the Kingdom before the expiry of their visa or Iqama (work permit).

The Saudi government agreed to increase visas and Iqamas of Bangladeshi workers till October 30.