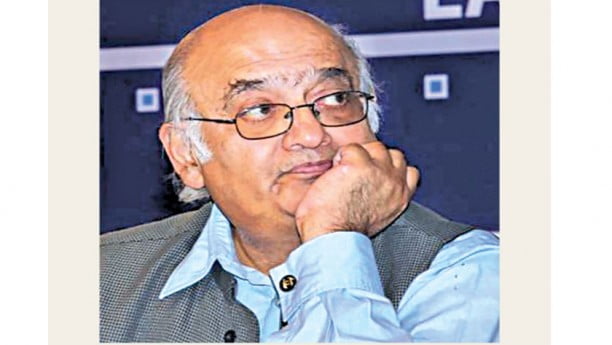 Chinese loans must be availed with skillful negotiations to ensure better outcomes and avoid falling into any possible debt trap, said experts at a Centre for Policy Dialogue (CPD) webinar yesterday.

“During taking loan the profitability of the project should be considered and should be prioritised,” CPD Chairman Prof Rehman Sobhan told the event titled “Bangladesh-China Development Cooperation: Experience and Outlook”.

According to the CPD, China committed a total of $3.33 billion in aid to Bangladesh since the latter attained independence, about 99 per cent of it being project aid. Of it, $2.8 billion has been disbursed till December 2019.

China’s commitment made up 2.34 per cent of that promised by countries around the globe till date. Similarly, in terms of that disbursed, it is 3.26 per cent.

Sobhan forecast that the world economy would evolve in the next 25 years for Asia, particularly China and East Asia.

In spite of the Covid-19 pandemic’s adverse impacts on the economy, China and East Asia have already brought the virus under control, he said.

East Asia is growing so faster that it will ultimately end up controlling the global economy, he said.

Sobhan saw immense opportunities for investment and trade in South Asia, including Bangladesh.

“Everything will depend on the relationship with China as during the past 20 years China has achieved great success in its economy,” he said.

East Asian countries have developed along with China and they are the largest trading partners of China, he noted.

However, he said, though China has already become Bangladesh’s largest trading partner, the latter’s exports to China were very low.

So Bangladesh will have to find a way to put in place a value chain focusing the Chinese market similar to that brought about by China, he said.

About investment from China in Bangladesh, he said it was for domestic use in the form of loans and grants.

However, he said, the most important focus for Chinese investment should be to improve Bangladesh’s value chain.

China has become the largest market for the world and there is scope for Bangladesh to become its trading partner in the future as within the next five years Asia will be led by China, he noted.

Sobhan predicted that China would account for 50 per cent of the global trade in the next five years.

China has not been one of the traditional markets for Bangladeshi exports, said Fahmida Khatun, executive director of the CPD.

Since 2010, China has overtaken India to become the biggest import partner for Bangladesh, she said.

“In 2018, China was the largest trading partner of Bangladesh with a share of 18.94 per cent of the total trade. This was almost double the amount of trade with India and more than the trade with the USA and Germany combined,” she noted.

China had replaced the US to become the top investor in Bangladesh in 2018. It held the position in fiscal 2018-19 with an investment of $1.2 billion.

This was roughly 0.4 per cent of Bangladesh’s GDP in fiscal 2018-19. Bangladesh is also receiving a number of investments under the Belt and Road Initiative (BRI).

The bulk of the investments have come following Chinese President Xi Jinping’s visit to Bangladesh in October 2016.

China has been providing loan support for the implementation of a number of projects in Bangladesh, albeit at high interest rates, pointed out M Humayun Kabir, acting president of Bangladesh Enterprise Institute.

Citing an example, he said Sri Lanka has already raised the issue of interest rates of Chinese loans and the same type of high-interest projects are being implemented in Bangladesh.

However, he did not rule out the significance of Chinese investment in Bangladesh for further development of the country.

Prof AK Enamul Haque of economics department at East West University, emphasised on business-to-business connectivity to bring investments from China. He said there was immense scope for investment in high-tech companies.

Despite China being Bangladesh’s largest trading partner, it is basically exporting huge amounts of goods rather than importing some, he said.

Prof Cheng Min of the Institute for Bangladesh Studies at the Yunnan Academy of Social Sciences, said Bangladesh offered the scope for investments as its economy was growing very fast.

She cited that Chinese investors were interested in power, leather and textiles sectors of Bangladesh.

Min expressed her belief that Chinese investment had the capacity to have an immense social impact and reduce poverty in Bangladesh.

Bangladesh was benefitting from China availing assistance through different means such as for special economic zones and implementing big infrastructure projects, he said.

ANM Muniruzzaman, president of the Bangladesh Institute of Peace and Security Studies, echoed Sobhan on being skillful in loan negotiations, suggesting careful adoption of strategies when involving with the Chinese BRI.

China should provide support in building up skilled manpower and technology in Bangladesh and China’s excellent startup expertise should be utilised in Bangladesh, he said.

Among others, Debapriya Bhattacharya and Prof Mustafizur Rahman, distinguished fellows at the CPD, and Habib ur Rahman, chief executive officer of HSBC Bangladesh, addressed the webinar.