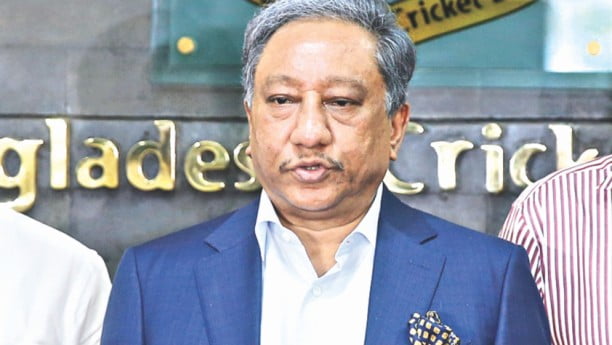 Cricket in Bangladesh remained suspended since March this year due to the outbreak of coronavirus. But after a couple of months, there were talks about how the Bangladesh Cricket Board (BCB) could restart the game back in the country.

Followed by providing the individual training facilities, the BCB started gearing up for the planned tour of Sri Lanka and even conducted a training camp comprising 27 cricketers inside a bio-secure bubble.

However, the tour of Sri Lanka was eventually canceled due to differences between the two boards regarding the quarantine protocol as BCB’s focus once again shifted to finding ways to resume cricket at home.

Although there were strong urges from domestic cricketers to resume the Dhaka Premier League (DPL) — which was suspended after completion of the first round back in March — the BCB however wanted to move forward gradually and not rush into anything considering the safety of the players and management. And hence, as a test case basis, the board arranged the three-team fifty over BCB President’s Cup which successfully ended on Sunday.

Although the BCB president Nazmul Hassan had previously made it clear that it won’t be possible for the board to resume the DPL this year and they are eyeing to stage the league in January next year, the BCB is, however, planning to hold another T20 tournament — this time comprising five teams with even bigger scale — next month.

“It was a big challenge to resume cricket as there were concerns that if any player got infected by the coronavirus then who is to be held responsible for that? For that we tried to arrange this tournament maintaining the bio-bubble. The reason for this was to know whether we could bring international cricket back in Bangladesh or even tour abroad. We have to follow the same procedure as the health safety will remain everywhere and this tournament will help the cricketers to adapt. The players had a tough time as they were unable to move from their floors in the hotel. Even the coaching staff also followed the same protocol,” Hassan told the media on Sunday.

According to the BCB boss, it will be yet another challenge to arrange the five-team tournament which is expected to start from November 15.

“We are planning to arrange a five-team T20 tournament in the next stage as we have already completed a three-team tournament. So far, we have decided that only the local players will take part in this tournament and more players will get the opportunity to play. It’s challenging but we are up for the challenge. We are hoping to start the tournament from November 15 and we will give the expression of interest to the interested companies who are willing to sponsor,” he added.

Hassan also informed that Shakib Al Hasan, whose one-year ban from all sorts of cricket will be lifted on October 29, is expected to return to the country by November 10 and the cricketer will take part in the upcoming tournament.