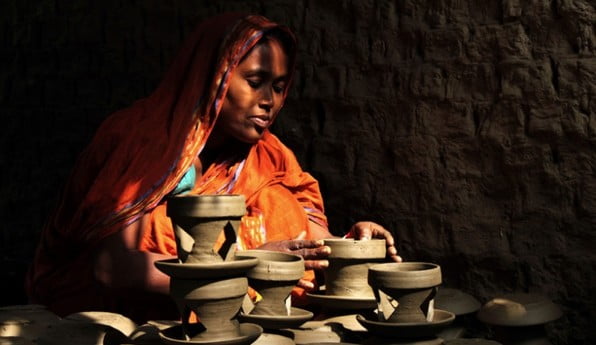 Our planning minister has recently remarked that the discrepancy in wealth distribution is not just an accident, it has been happening due to some in-built injustices in society and the state. If one wishes to investigate the injustices prevailing in our society, the study of the small businesses of our country might be a good place to start.

An example from my personal experience might be worth sharing here. I was posted to an office located in the outskirts of Dhaka several years ago. It was a small town. Still a good number of banks were present there in a bid to penetrate the burgeoning commercial market. I struggled to stay afloat in the face of intense competition. Yet I managed to persuade the richest businessman of the market to start banking with us. However, I needed to offer him some apparently innocent gifts like enhancement of credit limit, reduction of price, waiver of conditions, etc.

The man eventually submitted his loan application along with other documents representing his big business. We visited his business centres and warehouses only as a routine exercise. We were impressed by his transaction record which surpassed our previous expectation. Everything appeared good except a little mismatch. The transaction record of the bank was much higher than the sales records of his books of accounts. We didn’t annoy the local tycoon asking for a reason; however, we initiated an investigation. A shocking story unfolded—almost all the small businessmen down the line needed to transact in his account to make it bulky, which helped the ringleader get a favourable position among the financiers and manage big loans.

However, the most intriguing chapter remained to be discovered. Our business magnate would run a parallel bank of his own, which catered to the financial needs of hard-pressed small businesses. It was no surprise that the interest rate of the “special bank” launched by our big businessman was much higher than that of the banks we served.

Sounds unbelievable? However, this is a rather common picture of small businesses all over Bangladesh! Small businesses have little access to the banks. Consequently, they have to give in to the greed of local business moguls, who often take the role of traditional money lenders.

The SME sector accounts for one-fourth of the GDP of Bangladesh and generates nearly one-third of its total employment. Yet our financial market succeeded in disbursing only one-fourth of the mammoth Tk 20,000 crore covid-19 stimulus package allotted for the CMSME sector. The country is currently home to 8.66 lakh small and medium sized firms; however, we have found only 11,183 borrowers among them to give stimulus to according to a recent newspaper report. A Credit Guarantee Scheme has been approved by Bangladesh Bank of late with a hope that the disbursement will get the required momentum.

Mike Tyson once said that everyone has a strategy until they get punched in the face. The small entrepreneurs of Bangladesh dreamed of a downsized interest rate since long. However, they are on the verge of being axed out in the age of single digit interest rate designed to reduce their borrowing cost to almost half. The reason lies in the perceived risk of non-payment which is much higher in case of SME lending. Besides, the processing and monitoring of SME loans take additional manhours. The single digit rate fails to contain the additional costs involved in SME lending turning it into a loss-making business for many banks at the moment.

It is quite ironic that Bangladesh Bank always insists on developing SMEs; yet, the lack of adequate and effective policy measures is taking a heavy toll on the small entrepreneurs of our country.

The SME sector deserves an additional stimulus for its rescue from the single-digit led kickout. Banks may be given an opportunity to claim the necessary risk premiums from Bangladesh Bank while the SME borrowers keep enjoying a single digit interest rate.

The central bank imposes a penalty amounting to unachieved portion of the targets set for the banks under agricultural loan category. The same rule can be applied in case of SME Loans. The apprehension of losing money is likely to keep the banks within their target of SME loan disbursement.

Small enterprises fail to provide necessary documents like written record of sales turnover or financial statements according to credit guidelines of the central bank. As such, they are shunned by the compliant banks. A liberalisation policy in this regard might pave the way for the desired momentum in SME loan disbursement.

We have grown up with the theory of “economies of scale” and modern technology keeps growing in line with the philosophy of “the bigger, the better” and “too big to fail”. However, the “big” needs the “small” for its survival. In history, we find ample examples where arduous programmes have been taken to attain smallness in bigness. Alfred Pritchard Sloan, the long-term president of General Motors, structured the firm in a manner that it became a federation of small lively firms having their own drive and sense of achievement. While some people still worship the big firms, practical people worldwide prefer making profit from convenient and manageable small firms.

Mahatma Gandhi once said: “The poor of the world can’t be helped by mass production. They can only be helped by production by the masses”. The change of our traditional mindset can unlock the golden gate of small enterprises. The secret of sustainable development lies in the spread of SMEs throughout the country.