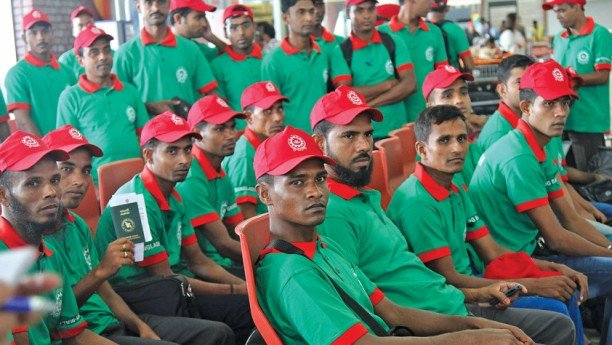 Diversion of remittances from informal to formal channels due to the difficulty of carrying money under travel restrictions amid the coronavirus pandemic, incentives granted to remitters and damages inflicted by the recent floods helped Bangladesh bring the remittance flow back to the positive territory in 2020, according to the World Bank.

“In Bangladesh, the negative impact of the Covid-19–induced global economic slowdown has been somewhat countered by the diversion of remittances from informal to formal channels,” the lender said in its Migration and Development Brief on Friday.

The shift came about “due to the difficulty of carrying money by hand under travel restrictions as well as the incentives to transfer remittances”, it said.

Thanks to the recent surge in remittance flow, Bangladesh would make a massive turnaround if the World Bank’s prediction is taken into consideration.

In April this year, the multinational lender had said money sent by the migrant workers to Bangladesh is projected at $14 billion for 2020, a fall likely of about 22 per cent because of the fallouts of the pandemic.

Asian Development Bank had said Bangladesh would be among the five worst developing Asian economies in terms of remittance inflows.

Beating forecasts, Bangladesh has received $1.83 billion in remittance in June, a record $2.59 billion in July, $1.96 billion in August, $2.15 billion in September and $1.95 billion as of October 29, shows data from Bangladesh Bank.

Each of the monthly remittance inflow was higher than that of any given month in recent years. The previous highest was $1.74 billion in May 2019.

The rising flow of remittance led the WB to forecast on Friday that remittance flow to Bangladesh would accelerate by about 8 per cent to $19.8 billion this year. Bangladesh received $18.3 billion in 2019.

The “Haj effect” seems to have affected remittance flows to Bangladesh as well in July 2020, the WB said.

“But perhaps a more important reason for a whopping 53.5 per cent year-on-year increase in remittance flows in the third quarter was the damage from the floods that inundated more than one-quarter of the country’s landmass, affecting nearly 1 million homes and 4.7 million people.”

Other plausible explanations include pent-up remittances after the shutdown in the second quarter and a shift in flows from informal to formal channels.

The WB also credited the 2 per cent cash incentive the government has granted to remitters for sending money through the formal channel for the recent uptick in remittance flow.

The cash incentive, being disbursed since July last year, has encouraged remitters to send money through the formal channels, at a time when the hundi — an illegal cross boundary financial transaction system — has stalled pushing the inflow through the banking sector.

“Travelling has almost come to a halt due to the ongoing pandemic and it has dealt a big blow to the hundi system,” Zahid Hussain, former lead economist at the World Bank’s Dhaka office, told The Daily Star earlier.

Yesterday, he said Bangladeshi workers were largely employed in the sectors that are essential to the economies of the host countries, for which it took time for them to become unemployed.

“But their incomes are not rising. Our stock of migrant workers is not growing as well,” he said.

The WB, however, said Bangladesh and Pakistan were offering tax incentives to attract remittances. Such incentives can potentially lead to more illusory than real increases in remittance inflows.

“Flows can shift from informal to banking channels to take advantage of the tax incentives. And for the same reason, cross‐border payments for goods, services, and investments could be reclassified as remittances.”

“The administrative costs of implementing a tax incentive programme have to be evaluated against the economic benefits of additional foreign exchange inflows,” the WB said.

More than one crore Bangladeshis live in about 160 countries. Most of them are low-paid migrant workers in the Middle East and Southeast Asian countries, who contribute the bulk of the foreign currency in the state coffers.

Global remittances are projected to decline sharply by about 20 per cent in 2020 due to the economic crisis induced by the Covid-19 pandemic and shutdown, the WB said.

The projected fall, which would be the sharpest decline in recent history, is largely due to a fall in the wages and employment of migrant workers, who tend to be more vulnerable to loss of employment and wages during an economic crisis in a host country.

Hussain said there was deep uncertainty globally owing to the rising cases of the coronavirus. Besides, the oil-rich Gulf nations, where a majority of Bangladeshi migrant workers are based, may not see any sudden increase in petroleum prices.

The Gulf countries, which include Saudi Arabia, the United Arab Emirates (UAE) and Kuwait, were home to 75 per cent of about 1.3 crore Bangladeshis living abroad for jobs.

Bangladesh receives most of its remittance from Saudi Arabia, the UAE, US, UK, Kuwait, Oman, Malaysia, Qatar, Italy and Singapore.

The rising flow of remittance took the country’s foreign currency reserves to an all-time high of $41.2 billion on Thursday.