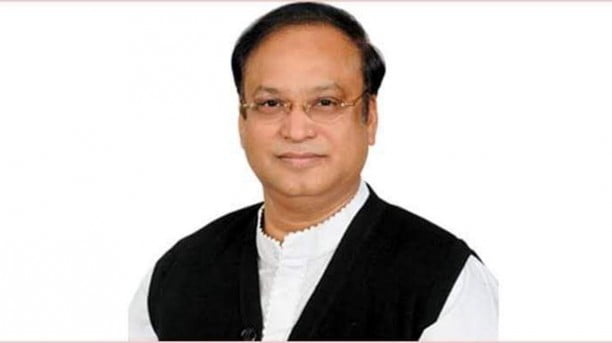 When a portion of his shop in Old Dhaka’s Chawkbazar was demolished by the men of lawmaker Haji Salim in April 2019, Aftab Ahmed did whatever he could to save the rest of his shop in a century-old building.

But just two months later on the night of Eid (June 5, 2019), when many were on holiday, Awami League leader Haji Salim’s men reappeared and razed the building, known locally as Jahaj Bari as it looked like a ship, locals claimed.

The building, made in the 19th century and considered to be one of the oldest commercial buildings in Dhaka, was famed for its aesthetic value. It was among the 2,200 archaeologically significant buildings the High Court directed in 2018 not to demolish or modify.

On top of that, the land belongs to Waqf estate, which makes Waqf administration’s permit mandatory for any demolition or development work there. Handing over of Waqf land is illegal too without the permit of Waqf administration.

No one has taken any permission for the demolition, a Waqf administration official had said after the building was torn down.

Rules and regulations could not stop Haji Salim, the lawmaker of Dhaka-7. In fact, Salim was present during the demolition and had told police that he had bought the three-storey building, sources said.

A number of traders, who had possession of shops in Jahaj Bari, claimed that Haji Salim forced eight such traders to relinquish their claim in exchange of measly amount of money.

“Those who did not agree to sell their possessions were taken to the torture cell of Salim’s son Erfan Mohammad Salim, and were tortured,” said a local yesterday, wishing anonymity.

The arrest of Erfan following the assault of navy official Lt Wasif Ahmed Khan unveiled some of the misdeeds of the father-son duo.

Jahaj Bari is just one example of grabbing properties.

The family took over high-value land, including some belonging to Waqf estate, and even vested properties and shops in different parts of Old Dhaka, The Daily Star learnt after talking to at least two dozen locals.

None of them agreed to have their names disclosed fearing retribution. They spoke of the Salim family’s “criminal” activities against which locals dared not speak and law enforcers take action.

Haji Salim’s personal assistant Sohel Ahmed brushed aside the allegations of land grabbing. He claimed that the lawmaker was abroad when Jahaj Bari was torn down.

“We have no idea who demolished Jahaj Bari,” Sohel told The Daily Star on Tuesday.

As The Daily Star wanted to talk to the lawmaker, Sohel said, “Sir cannot speak. He can walk and do other activities.”

This paper tried to talk to other employees of the lawmaker, but none of them agreed to talk.

A Rab mobile court sentenced Erfan to one and a half years in jail on Monday. After Erfan’s arrest, Rab found a torture cell on the top floor of Haji Salim-owned 16-storey Madina Ashik Tower, which is a few yards away from Erfan’s home in Chawkbazar.

Whenever there was a dispute among family members over land in Old Dhaka, Haji Salim would rush there to arbitrate, said a local.

“Salim used to purchase a shop for Tk 4-5 lakh when the market price was between Tk 50-60 lakh,” said another local.

In the beginning of 2019, Bangladesh Inland Water Transport Authority (BIWTA) recovered around 2.5 acres of Buriganga Adi channel in Kamrangirchar and Jhawchar from Salim’s possessions.

On May 19 this year, Assistant Sub-Inspector Anil Bihari Nath of Basila River Police Outpost seized a loader, owned by Salim-owned Al Madina Maritime, two trucks, and arrested three staffers of Al Madina Maritime when they were filling up the Buriganga at Arshinagar in Jhawchar.

Anil filed a case with Keraniganj Model Police Station too.

Contacted Tuesday, Al Madina Maritime site supervisor Sudangshu said they were now out on bail. He claimed that they were not filling or grabbing the river, rather the police arrested them mistakenly.

Anil told The Daily Star over the phone yesterday that he had caught the three in the act of filling up the river with sand.

Salim and his family also grabbed 19.14 decimal of land belonging to Agrani Bank Ltd in Moulvibazar of Old Dhaka.

Baishnab Das Mondal, assistant general manager and head of the branch, said Agrani Bank, which was Habib Bank before the country’s independence, has been the owner of the land for the last 73 years.

But since 2003, Haji Salim has been claiming ownership and had tried to grab the land using forged documents. The bank registered several general diaries since then and also filed a case in 2016.

The legal battle is still on, he added.

“During the pandemic, they demolished their two-storey building completely. The bank authorities filed a GD against Salim’s wife Gulshan Ara Selim, who is the claimant of the land on paper,” he said.

Asked, Salim’s PA Sohel Ahmed claimed that the lawmaker was the actual owner and that they have all documents to prove it.