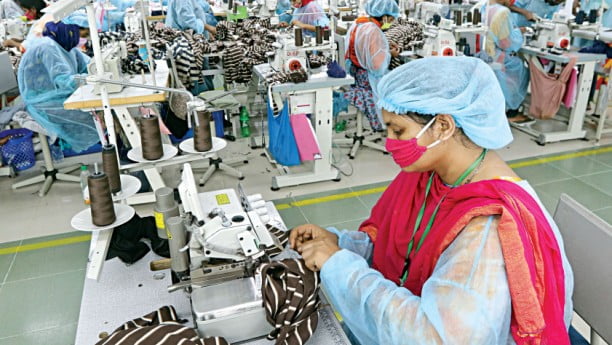 Bangladesh garment factory owner Shahidullah Azim laid off 20 per cent of his workers in the wake of the first wave of the coronavirus pandemic. Now watching the second wave build in Europe and the United States, Azim is staring at “an unprecedented crisis”.

He’s not alone. Bangladesh is the world’s second-largest apparel producer after China, but its industry leaders say international retailers are either refraining from placing orders, delaying buying decisions or demanding steep price cuts.

“This is a disaster. We are taking orders just to survive,” said Siddiqur Rahman, a garment supplier to international retailers including H&M and GAP Inc.

“We anticipated orders could look up before the Christmas but that didn’t happen.”

Rahman said customers were demanding price cuts of as much as 15 per cent, making the recovery that much harder.

In the financial year that ended in June, Bangladesh’s garment exports totaled $27.94 billion, down 18 per cent from the previous year.

There was a rebound of less than 1 per cent in the July-September quarter, thanks to a surge in demand for knitwear items, which account for half of Bangladesh’s total garment exports.

But nearly half of factories producing knitwear products like t-shirts and sweaters are finding it difficult to remain open, said Selim Osman, president of the Bangladesh Knitwear Manufacturers and Exporters Association.

“A second wave could further delay the recovery,” Osman said.

Low wages have helped Bangladesh build its garment industry, with some 4,000 factories employing 4 million workers. Readymade garments are a mainstay of the economy, contributing almost 16 per cent of country’s GDP, according to the central bank.

Factory owner Azim, who supplies European and North American retailers, says he has been forced to cut one-in-five jobs.

“That’s the case for most of the factories,” he said. “Now the second wave has started. We don’t know what future holds for us.”

Experts fear Bangladesh might itself face another surge in infections during the winter, having so far confirmed 390,206 cases, including 5,681 deaths.

About a third of the one million workers who were either furloughed or laid off have been rehired since July, according to union leaders.

But many workers are struggling without overtime pay, which often accounts for 20 per cent of their monthly income.

“Without overtime, it is too difficult to meet expenses,” said Banesa Begum, a worker in Gazipur, on the outskirt of the capital city Dhaka.

“I just pray that my factory gets more orders so that we can survive.”