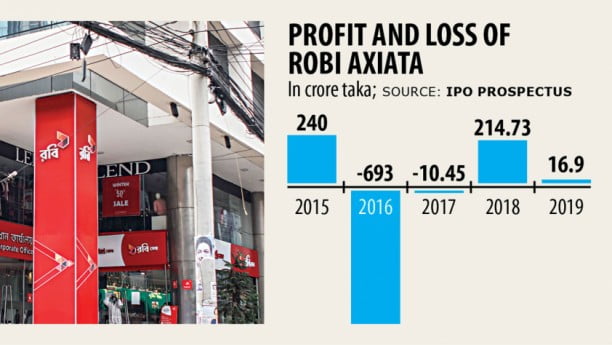 Robi Axiata is set to hit the market with the country’s biggest ever initial public offering this month and the leading telecom operator has urged eligible investors to participate in its subscription process.

The IPO subscription will start on November 17 and will continue till November 23.

To become an eligible investor for the IPO, one has to show that he or she has at least Tk 1 crore investment in market value as of November 9.

During this period, general investors and non-resident Bangladeshis will also be allowed to subscribe to get the IPO.

Of the amount, Tk 387.74 crore would be raised from stock investors and the rest Tk 136 crore from its officials. The IPO proceeds will be used to expand the network.

IDLC Investments is the issue manager of the IPO.

The telecom company received the go-ahead from the Bangladesh Securities and Exchange Commission to go public on September 23.

However, Robi has attached two conditions with the IPO proposal. It demanded the turnover tax to be reduced to 0.75 per cent from 2 per cent and the corporate tax to be slashed by 10 per cent to 35 per cent for the next 10 years.

The government is yet to fulfil any of these conditions. But Robi still believes some positive news will be there for them.

The carrier started its journey in 1997 under the brand name of Aktel. It changed its name to Axiata (Bangladesh) in 2009 and took the present name Robi Axiata in 2010.