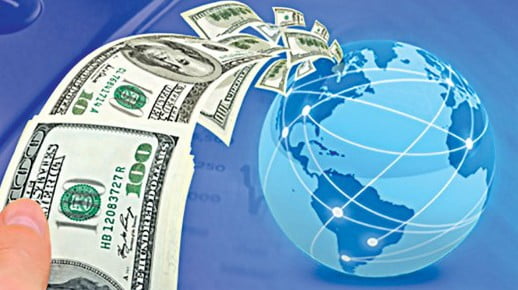 Remittance flow to Bangladesh is likely to grow by 8 percent in 2020, compared to that of the previous year.

This will comfortably counter a 22 percent decline forecast by the World Bank earlier amid the coronavirus pandemic.

In April, the multinational lender said that money sent by the migrant workers to Bangladesh was projected at $14 billion in 2020, a decline of about 22 percent as the pandemic brought the global economy to a screeching halt, prompting massive job cuts and return migration.

But on Friday, the Washington-based lender, in its Migration and Development Brief, said remittance to Bangladesh would expand by about 8 percent to $19.8 billion this year.

Bangladesh is forecast to have posted the highest year-on-year remittance growth of 53.5 percent among the world’s top 49 recipient-countries in the third quarter of 2020.

Mexico, Pakistan, and Bangladesh stand out as exceptions to the pattern as these countries escaped a decline in the second quarter and seem to register increases in the third, the World Bank said.

In 2020, Bangladesh would retain its position as the world’s eighth top remittance recipient country, behind India, China, Mexico, the Philippines, Egypt, Pakistan and Nigeria. Bangladesh received $18.3 billion in remittance in 2019.

“In Bangladesh, the impact of the Covid‐19-induced global economic slowdown has been somewhat countered by the diversion of remittances from informal to formal channels due to the difficulty of carrying money by hand under travel restrictions as well as the incentives to transfer remittances,” the WB said.

Egypt may see a contraction of 9 percent and the Philippines by 5 percent. Nigeria would also witness negative growth.

More than one crore Bangladeshis live in about 160 countries. Most of them are low-paid migrant workers in the Middle Eastern and Southeast Asian countries who contribute a bulk of foreign currency in the state coffers.

Remittance is an important pillar of Bangladesh’s economy and the second-largest source foreign currency after exports, accounting for 5.8 percent of gross domestic product last year.