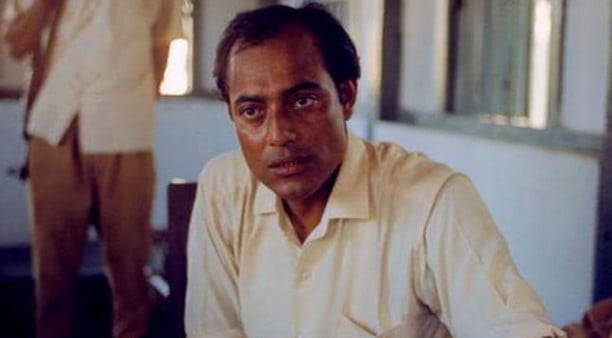 On August 15,1975, at dawn, the sound of gunshots and loud explosions of artillery fired at the Father of the Nation Bangabandhu Sheikh Mujibur Rahman’s Dhanmondi Road 32 residence shook people awake. On the radio, they heard the shocking announcement of Bangabandhu’s killing, along with his family members, in a brutal coup staged by a section of military officers. The political landscape of Bangladesh slid into chaos. The military killers installed Khondaker Mostaq Ahmed as the President and continued to stay beside him at Bangabhaban, from where they virtually ran the country. The army command chain broke down.

This situation outraged Khaled Mosharraf, who was at the time the chief of army staff (CGS). He decided to expose the killers of Bangabandhu and bring them to justice. Most of the officers who fought valiantly in the Liberation War and played key roles in raising the army joined hands with Khaled and staged a counter insurrection that overthrew Mostaq. Justice Abu Sadat Mohammad Sayem was appointed as the new President.

Ahead of that November 3 coup of 1975, a 1971 veteran and commander of the Dhaka-based 46th infantry brigade, Colonel Shafaat Jamil, requested the then army chief Major General Ziaur Rahman to take action against the August 15 murderers to bring back the military chain of command, but Zia took no action. His continued inaction made his weakness for the killers clear, because Mostaq had appointed him as the army chief days after Bangabandhu’s murder.

This scenario prompted the November 3 coup leaders, led by Khaled Mosharraf, to detain Zia at his own official house while they were consolidating their position to restore the discipline of the army. At that stage, retired colonel Abu Taher emerged at the scene and the captive Zia reportedly contacted him and sought his assistance.

On November 5, 1975, a group of unruly, ordinary soldiers under the left-leaning Taher’s stewardship staged a so called “sepoy-janata revolution”, actually discarding the janata or people under the banner of the Biplobi Sainik Sangstha, which later appeared to be a sporadic grouping of some soldiers, mostly belonging to some non-combatant military units.

The August 15, 1975 right wing coup plotters managed to leave the country soon after the November 3 uprising, leaving behind the soldiers and few officers of their rebel units—the Bengal Lancer (tank regiment) and 2 Field Artillery. These abandoned soldiers, being led by their sense of insecurity, quickly joined hands with Taher’s Biplobi Sainik Sangstha. They launched a campaign against Khaled and his comrades, distributing leaflets in their efforts to label him as an Indian agent in order to mislead their fellow ordinary soldiers in different units. They also spread rumours that numerous soldiers were killed by the November 3 coup leaders in several units.

By that time, Zia was freed by Taher’s men and the remaining plotters of the August 15 carnage. They also reached the 10th East Bengal Regiment and agitated the fellow soldiers there while two unruly officers—Major Jalil and Major Assad—gunned down the three valiant, patriotic sons of the soil. Their hunger for blood did not stop there. Within hours, they killed many other officers and their family members as well.

A great son of the soil—Major General Khaled Mosharraf—was killed on this day, November 7. Bangladesh regards him as one of the finest commanders of the 1971 Liberation War while freedom fighters under his command treated him as a guardian angel—endowed with extraordinary bravery and brilliant natural leadership qualities.

It’s been 45 years since then. Till today, the Bangladesh Nationalist Party (BNP) and Jatiya Samajtantrik Dal (JSD) observe November 7 as a National Revolution and Solidarity Day and the Sepoy Janata Revolution Day, distorting history again and again. But for Bangladesh and for the people who fought for the independence of this country, today marks a very sad day. We now have a government who supported the Liberation War and who follow the principles of Bangabandhu. Therefore, we believe that the truth of November 7, 1975 can only be attained through an investigation and by bringing the criminals to justice. The dark day of November 7 should also be declared as Freedom Fighters and Soldiers Killing Day, which will finally set the record right.

Mahjabeen Khaled is a Member of Parliament and the daughter of Major General Khaled Mosharraf Bir Uttom.