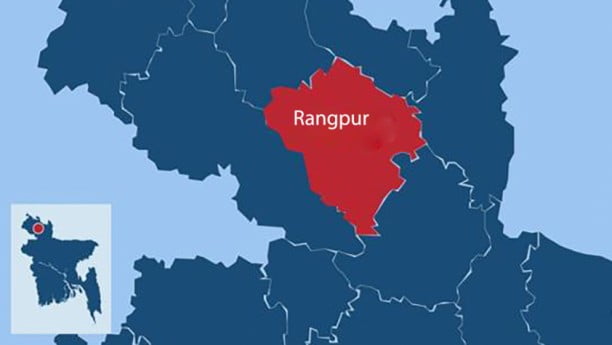 An assistant sub-inspector of Rangpur police was suspended yesterday on charges of gang-raping a ninth grader with two others.

In separate incidents, a man was arrested yesterday for allegedly raping a girl in Noakhali, and in Habiganj on Sunday, a court took cognisance of gang rape charges against eight people, including a union parishad chairman, and asked police to investigate the incident.

In Rangpur, the suspended police officer, Raihanul Islam, was discharging duties as an ASI of Detective Branch (DB) of police.

Aleya Begum, 35, a resident of Moynakuthi Kachutari area in the city, was also arrested for helping the alleged rapists.

The victim’s family members said the police official identified himself as Raju, and was in a relationship with the victim.

Around noon on Sunday, Raihanul took the girl to Aleya’s house and raped her. Then, two others also raped the girl, police said, quoting the victim’s family members.

The victim dialled 999 in the evening seeking help and around 8:30pm, police rushed to the spot and rescued the girl, said the victim’s mother.

Police are interrogating Raihanul, and legal action will be taken if he is found to be involved in the incident, said Abu Maruf, deputy commissioner of Rangpur Metropolitan Police.

In Noakhali, police yesterday arrested a man on charges of raping a 19-year-old woman in Hatiya upazila.

The arrestee is Helal Uddin, 40, of Kazirtek village.

Police said the woman came out of her room to go to the toilet around 1:00am on Sunday. Helal and another accused Jamshed, 32, then forcibly took her to the bank of Meghna river, where Helal raped her with the help of Jamshed.

On Sunday night, the woman lodged a case against the two with Hatiya Police Station.

Police held Helal, who was later sent to jail. Police are looking for Jamshed, said Abul Khayer, OC of the station.

In Habiganj, eight men, including a union parishad chairman, were sued for gang rape on October 18 by the woman’s husband.

On Sunday, a court directed Nabiganj Police Station to investigate the incident and submit a report within three days, said Azizur Rahman, OC of the station.

The accused are Muhibur Rahman Harun, chairman of Aushkandi Union Parishad of Nabiganj; member of the same UP Dulal Ahmed, 40; Sebul Miah, 28; Jibu Miah, 27, and Shahidul Miah, 25. Three other unnamed perpetrators were also accused in the case.

Police said the victim was abducted by the accused from Parkul village of the same union while she was returning home from Sherpur Bazar on October 8. She was confined to a place and gang-raped for three days.

[Our correspondents in Dinajpur, Noakhali and Moulvibazar contributed to this report]