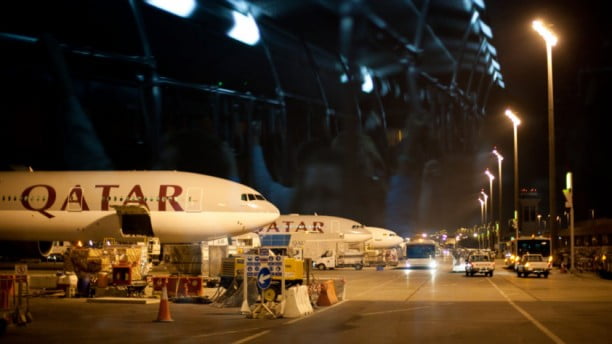 Qatar expressed regret on Wednesday over the treatment of the female travellers after Australia said women on 10 flights underwent invasive physical searches following the discovery of an abandoned baby at the country’s international airport.

Australian Prime Minister Scott Morrison, speaking about the issue for the first time, told reporters in Canberra that “Australia’s strong objections and views” about the incident involving Australian travellers on October 2 were widely shared, without elaborating.

Qatar’s prime minister, Sheikh Khalid bin Khalifa bin Abdulaziz Al Thani, has ordered an investigation into the incident, in which women were forced to disembark planes at Hamad International Airport and undergo an examination in ambulances.

A baby girl had earlier been found in a trash can at the airport, concealed in a plastic bag in what “appeared to be a shocking and appalling attempt to kill her,” the Qatari government’s communications office said in a statement.

“While the aim of the urgently decided search was to prevent the perpetrators of the horrible crime from escaping, the State of Qatar regrets any distress or infringement on the personal freedoms of any traveler caused by this action,” the statement said. The baby, whose mother has not been located, is safe and receiving medical care in Doha, it added.

Australian officials told a government committee hearing in Canberra on Wednesday that in addition to 18 women on a Qatar Airways flight to Sydney, another nine flights had been searched and Australia was working closely with other countries on the issue, without naming the countries.

“Other countries affected absolutely share Australia’s views and the strength of Australia’s views,” said Frances Adamson, secretary of the Department of Foreign Affairs and Trade. “This is not by any standard normal behaviour and the Qataris recognise that, are appalled by it, do not want it to happen again.”

The results of the investigation will be shared with international partners, the Qatari statement said.

“The Qatari investigation is to determine which laws might have been violated, any individuals responsible, and recommend disciplinary and prosecutorial action where appropriate,” a source with knowledge of the investigation told Reuters.

Human Rights Watch said in a statement Qatar should prohibit forced gynaecological exams, and it was also concerned at the circumstances that may have led to a baby being abandoned. Sexual relations outside of wedlock are criminalised in Qatar, with hospitals required to report pregnant women to authorities.

Human Rights Watch senior researcher Rothna Begum said the alleged actions of Qatari authorities had “failed many women – the unknown woman apparently forced to give birth in an airport toilet, unable to ask for assistance with her labour or on what to do with the baby, and the multiple women reportedly pulled off the plane for examinations”.