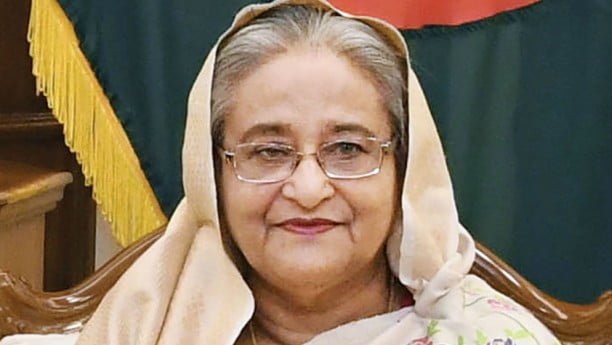 Prime Minister Sheikh Hasina has urged the United Nations to play a more decisive and robust role in resolving existing global challenges, including the Rohingya crisis.

“There are still areas where the UN can play a more decisive and robust role in resolving many of today’s intractable challenges such as the Rohingya crisis,” the premier said in a message issued yesterday on the occasion of the UN’s 75th founding anniversary.

She said the world is still beset with poverty, hunger, armed conflicts, terrorism, insecurity, and climate change — all of which call for concerted efforts and greater action.

“As we agreed in the declaration of the 75th anniversary of the United Nations, our challenges today are interconnected and can only be addressed through reinvigorated multilateralism. Only together we can build resilience against future pandemics and other global challenges.”

On the 75th founding anniversary of the UN, Bangladesh joins the international community in reaffirming its unwavering commitment to the principles and objectives enshrined in the United Nations Charter, Hasina said.

She said this year holds a special significance for Bangladesh as the birth centenary of the Father of the Nation, Bangabandhu Sheikh Mujibur Rahman, is being celebrated.

The PM said 2020 is a challenging year because of the Covid-19 outbreak and since early this year, the pandemic continues to ravage through and reverberate around the world.

“It has put enormous strains on our societies, economies, health systems, lives and livelihoods, businesses and export earnings. Only by working together and in solidarity, we can end the pandemic and effectively tackle its consequences.”

She said over the last 75 years, the United Nations has had many achievements and it has promoted freedom, shaped norms for international development, helped mitigate conflicts and saved hundreds of thousands of lives through humanitarian actions.

It has worked to promote and protect all human rights and fundamental freedoms for all, including the equal rights of women and men, the premier added.

Mentioning that Bangladesh has been an active, contributing and responsible member of the UN, Hasina said in the endeavor to maintain global peace and security, Bangladesh has emerged as one of the leaders in the UN Peacekeeping Missions by adhering to its long-standing “Culture of Peace”.

“Our government has also made exemplary achievements in implementing the SDGs, increasing women empowerment, enhancing access to economic and social rights, achieving food security and reducing inequalities,” she said.

Noting that the world today is different from what it was 75 years ago when the UN was founded, the PM said, “In this ever-evolving world of more challenges and opportunities, we expect the UN to remain the most trusted partner to all nations.”

Hasina said Bangladesh remains committed to working together with the UN and international community in responding to all shared challenges to create a peaceful, sustainable, inclusive and just world.