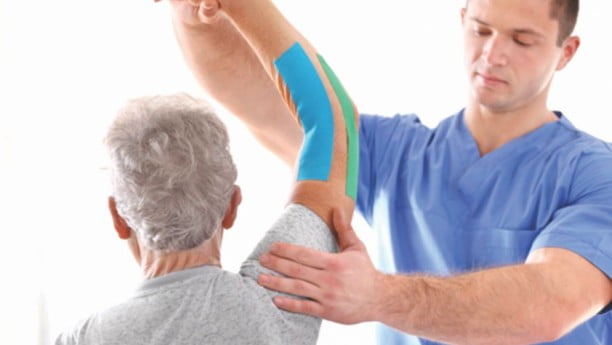 While demand for physiotherapy has been growing rapidly as an allied health profession across the world, it is still struggling in Bangladesh due mainly to the absence of a functional unique body.

With limited employment opportunities at public healthcare institutions for decades and without uniform academic activities and proper recognition, professionals in this sector are facing neglect and discrimination, say experts.

Given the lack of a well-organised physiotherapy service in the country, affluent patients are going abroad for treatment while many others are frequently becoming victims of quacks. And there is no accountability as well, they add.

The government enacted a law to form a separate council for physiotherapy two years ago. Such a body has been formed but is yet to be functional.

The demand for establishing a “Bangladesh College of Physiotherapy” has also remained stalled for the last 12 years.

“This situation is a consequence of long-run negligence, professional conflict, bureaucratic tangles and a by-product of the ailing health system of the country,” said Dr Mohammad Abdus Sabur, who teaches health system at the Institute of Health Economics, Dhaka University.

“Physiotherapy is one of the 17 medical technology disciplines in the country. In fact, the entire sector is in a total mess and needs proper planning,” he told The Daily Star.

“Hundreds of thousands of people suffering from pain are deprived of proper care in the absence of a well-organised physiotherapy service in the country.”

An integral part of modern medical science, physiotherapy is a non-surgical treatment process aimed at reducing pain, improving movement and restoring functionality of a patient’s health.

The World Health Organisation has projected that by 2050, the global geriatric population will reach nearly two billion, which was around 547 million in 2010.

According to the Bangladesh Physical Therapy Association (BPA), more than 20 million people in Bangladesh have been suffering from mild to severe chronic pain.

But there are only over 3,000 physiotherapy graduates in the country; less than 1,000 of them are serving in different hospitals — mostly private, according to BPA.

“We are serving patients, but we have no legal recognition like the MBBS or BDS physicians. It has resulted in mushrooming of quacks posing as physiotherapists. There is neither accountability, nor safeguards for us,” Md Dalilur Rahman, president of BPA, told The Daily Star.

Bangladesh Physiotherapy Students Union (BAPSU) launched a series of demonstrations since August to press home their seven-point demand including infrastructure for the Bangladesh College of Physiotherapy, their appointment in all public hospitals as first-class officers after graduation, and scope of higher education in public institutions for graduates.

“The physiotherapists face discrimination. After completing a graduate degree, we have little scope to join government hospitals,” said Partha Kumar, co-convener of BAPSU and a final year student at the National Institute of Traumatology and Orthopaedic Rehabilitation (NITOR).

Contacted, Prof Nasima Sultana, additional director general (administration) of the Directorate General of Health Services (DGHS), told The Daily Star, “We are working on it. The ministry is also working for the creation of posts for the physiotherapists.”

A meeting was held at the DGHS on October 29 with Prof Nasima in the chair, attended by stakeholders including representatives from Bangladesh Medical Association (BMA) and the BPA.

The DGHS at this meeting agreed to re-initiate the process to build the proposed college, said Dr Farid Hossain, general secretary of BPA.

“They proposed creating tenth grade posts for the physiotherapy graduates. But we didn’t agree. Because we wanted ninth grade. Another progress was the BMA leader agreed to revisit the recognition issue based on global practice.”

He added, “There was no decision, in fact. It was just a restarting of a frozen issue.”

The government in September 2008 allotted 5.25 acres of land at Dhaka’s Mohakhali to build a physiotherapy college. The land is now occupied illegally and there is a slum on it known as “Shattola Bosti”.

The academic journey of physiotherapy in independent Bangladesh started in 1973 with NITOR — formerly known as the Rehabilitation Institute and Hospital for the Disabled (RIHD) — initiating a three-year degree course with Ronald J Garst as founding director of the RIHD.

The course was initiated under the medicine faculty of Dhaka University.

But after enrolment of around 25 students under two batches, the course was shut down for the next 16 years before NITOR resumed a four-year honours course in the 1993-94 academic year under DU.

Besides, there are six other institutes, two public and four private, that offer different physiotherapy courses.

Currently, nearly 2,000 students are enrolled in these institutes, according to BAPSU.

A LONG BATTLE FOR RECOGNITION

Over the years, physiotherapy graduates and students have been demanding recognition from the Bangladesh Medical and Dental Council (BMDC) so that they can avail the same status and benefits as physicians and dentists.

There are two associations for physiotherapists.

In 2010, the Physiotherapy Association filed a writ petition with the Supreme Court seeking BMDC registration for physiotherapy and rehabilitation professionals.

Moreover, the amended BMDC Act in the same year that put a clause reading “none but the MBBS and the BDS graduates will be able to use the prefix Dr before their name” prompted the physiotherapists to file another petition with the High Court.

The High Court then gave an interim order that the physiotherapy graduates can also use Dr prefix before their name until formation of a separate council.

However, BMDC refused to take physiotherapy and rehabilitation professionals under its umbrella.

In 2013, BMDC informed the court that they were unable to regulate the physiotherapy professionals due to scarcity of manpower and suggested forming another independent council.

Experts said this was a result of professional conflict between the physiotherapists and the MBBS graduates who study physical medicine as part of their curriculum.

This is not the only example of the conflict.

In 2012, the DGHS launched a file proposing to create 438 posts for physiotherapists in government medical colleges and hospitals, but was halted after the BMA opposed it, source said.

Against this backdrop, the DGHS arranged a meeting with the BPA, BMA, BMDC and several other stakeholders in 2014.

That meeting ended without any decision.

Against this backdrop, parliament passed the National Rehabilitation Council Act in 2018 to form a separate council for physiotherapists and several other allied disciplines under the social welfare ministry.

Two years have passed by but the council is yet to start functioning.

“The council has been formed, but appointment of manpower against 25 posts is yet to be approved by the finance ministry,” said Abul Hossain, registrar of the council and a joint secretary of the social welfare ministry.

Experts, however, said such councils other than that under the health and family welfare ministry may create another complication as physiotherapists are part of the health system.

Prof Nazrul Islam, former vice chancellor of BSMMU, told The Daily Star, “Forming a separate council is good. However, ensuring coordination should be a priority. Otherwise, it may create another complexity.”

Dr MA Sabur said, “All technologists — whether it be diploma or graduate degree — should be brought under a legal framework. And this must be under the health ministry as they have to serve under the health system in the long run. Otherwise, it would create another chaos.”

BMDC also advocated for forming a separate council for physiotherapy and other allied disciplines under the health ministry.

“We have always said that there is no scope to integrate physiotherapy or any other allied disciplines within the purview of BMDC Act. But we recommended forming a separate council [for physiotherapy] only under the health ministry,” said BMDC acting registrar Dr Arman Hossain.