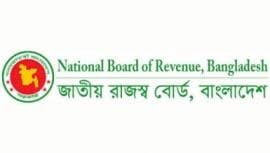 The National Board of Revenue (NBR) has decided to develop an online tax return filing system with its own resources so that taxpayers can file their annual income statements easily.

The move comes after the NBR placed its e-filing system — the Bangladesh Integrated Tax Administration System (Bitax) — for a technical audit amid allegations that the system was not user-friendly and failed to attain the desired goals.

The government, with finance from Asian Development Bank, took the initiative to facilitate online tax return submission in December 2011 in order to increase tax collection and establish an efficient, fairer and less corrupt tax system and improve public service delivery.

The tax administration then introduced the e-filing facility in November 2016 with FPT Information scheduled to operate and maintain Bitax for three years, until November 2019.

However, the much talked about online tax return filing venture, which cost $7.5 million, could not attract taxpayers.

The ratio of tax return filing through Bitax was 0.33 per cent of the 22 lakh returns submitted in fiscal 2019-20, according to the NBR.

“We are going to develop a digital return filing system with our own resources and manpower,” said Hafiz Ahmed Murshed, member (tax management and services) of the NBR.

“We want to complete developing the system by February-March next year so that taxpayers can furnish returns online from July the next fiscal year,” he said.

In a notice last week, the NBR formed a steering committee, headed by its Chairman Abu Hena Md Rahmatul Muneem, to monitor the overall progress in designing and implementing an online tax return filing system in a quickest possible time to facilitate electronic submission of returns.

A team was formed to design the online return system, business process and applications as a part of its responsibility to develop the overall system, the notice said.

Murshed, also a member secretary of the steering committee, said the system would be developed in a way such that all types of taxpayers, both individual and corporate, could submit returns electronically.

Asked about whether Bitax would be operated, he said the NBR would not implement the system now.

On whether the initiative has been suspended, Murshed said it practically had been.

In July, the NBR initially considered renewing its contract with FPT for the operation and maintenance of Bitax as it offered Tk 2,000 rebate to taxpayers to encourage e-filing from the ongoing fiscal.

The NBR later decided to carry out a technical audit on the system based on allegations over its lack of efficacy.

The tax authority wrote to the Bangladesh University of Engineering and Technology to carry out the audit, Murshed said earlier.

Taxmen said a decision regarding the use of Bitax would be taken based on the findings of the technical audit.

And except for certain cases, all registered taxpayers will have to submit income statements irrespective of whether they have taxable income or not.