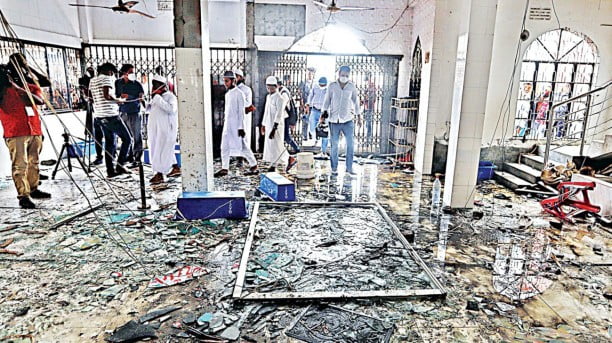 The Criminal Investigation Department (CID) of police today said it has ended its investigation for submitting charge sheet in a case filed in connection with the explosion at a Narayanganj mosque, which left 34 people dead.

The CID SP was speaking at a press briefing held at the SP office in the district this noon, reports our Narayanganj correspondent.

Today, CID SP Nasir Uddin said they prayed for a two-day remand to the Narayanganj court for Gafur.

The explosion happened at the mosque around 8:45pm during Esha prayers on September 4.