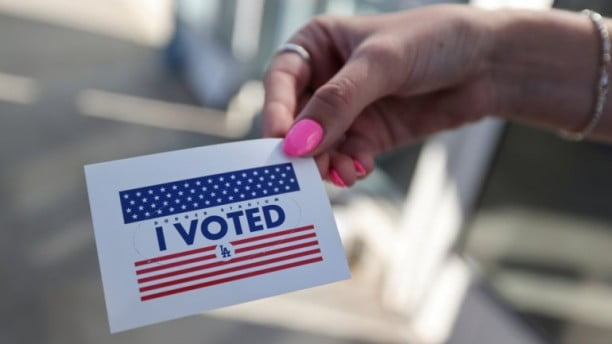 Online misinformation about the results of the US election continued to spread yesterday as President Donald Trump falsely claimed victory with millions of votes still to be counted and pushed unfounded allegations about the counting of legitimate ballots.

Twitter marked Trump’s latest tweet, in which he said “surprise ballot dumps” were aiding rival Joe Biden, as having content that was “disputed and might be misleading about an election or other civic process.”

In every US presidential election, officials normally take several days to process provisional and mail-in ballots. The counting of additional ballots is no surprise, and neither is the swing to Biden, which was widely predicted and discussed extensively in the run-up to the vote – including by Reuters.

Facebook Inc and Twitter have flagged multiple posts from the president as votes were still being counted, in a real-time test of their rules on handling misinformation and premature claims of victory.

But even as the companies moved to label posts by the president, his false claims of victory and unsubstantiated allegations of electoral fraud triggered online furor and misinformation.

Social media companies have been under fierce scrutiny over how they police rapidly spreading false information and election-related abuses of their platforms. In the weeks before Tuesday’s vote, both vowed action on posts by candidates trying to declare early victory.

Twitter also applied labels to posts by Democrat and Republican officials in the battleground states of Wisconsin and Florida, warning users that the information may be contested or inaccurate.

Early yesterday, Twitter hid a Trump tweet that claimed “we are up BIG, but they are trying to STEAL the Election” behind a label that said it was potentially misleading. The company also restricted users’ ability to share the post.

Facebook added a label to the same post, which had about 18,000 shares, that said “final results may be different from initial vote counts as ballot counting will continue for days or weeks.”

A spokeswoman for Facebook said it was not restricting the reach or sharing of labeled content. She also said it would not flag premature claims of state wins, only of the final result of the presidential race.

Twitter did not label a separate post, in which Trump declared “A big WIN!,” to which Facebook added a notice that said votes were still being counted.

Facebook said that following Trump’s premature claims of victory it had started running top-of-feed notifications on Facebook and its photo-sharing site Instagram telling users that votes were still being counted and no winner had been projected. It said automatic labels were also being applied to both candidates’ posts with this information.

After the chair of the Democratic Party of Wisconsin tweeted that Democratic candidate Joe Biden had secured victory in his state, Twitter attached a notice saying: “Some or all of the content shared in this Tweet is disputed and might be misleading about an election or other civic process.”

The company also flagged earlier posts by a Republican senator and governor which claimed victory for Trump in Florida before the result was confirmed.

Twitter began adding fact-checking labels to Trump’s tweets in May. Facebook, which has been criticized by some lawmakers and employees for not taking action on inflammatory or misleading posts from the president, has also introduced more labels around the election.

False or exaggerated reports about voting fraud and delays at the polls, including in battleground states like Pennsylvania, circulated on social media on Election Day, in some cases helped along by official Republican accounts and online publications.

Republican businesswoman Marjorie Taylor Greene, who was projected to win her seat in Congress and who has expressed support for the QAnon conspiracy theory, sent multiple tweets pushing the narrative that Democrats were ‘stealing’ the election. Her posts were not labeled.

The president’s false victory claim was also live streamed on both platforms yesterday, with millions of votes still uncounted. Biden said earlier he was confident of winning the contest.

Facebook labeled the video, which had 2.6 million views yesterday morning, with a warning saying vote counting could continue for days or weeks. The video had no label or warning on Twitter, where it was posted by the Trump campaign and retweeted by the president.

Alphabet Inc’s video service YouTube added a panel that said ‘results may not be final’ to election-related videos and directed users to a Google search for the election results.