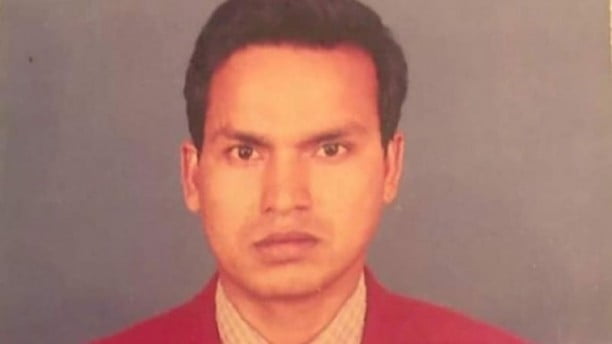 The man lynched and set on fire in Burimari, Lalmonirhat last Thursday had not demeaned the Holy Quran, police said yesterday.

“We are certain that no incident of demeaning the Holy Quran took place in the mosque,” Abida Sultana, superintendent of police in Lalmonirhat, said commenting on the murder of 50-year-old Abu Yunus Md Shahidunnabi Jewel.

The several hundred people who gathered on Burimari Union Parishad premises in Patgram in such a short time and killed the man must have been instigated by someone, the officer told The Daily Star.

“He could not have demeaned the Holy Quran. My husband was so pious that it would have been impossible for him to do such a thing. I want a fair trial of those who killed him,” she said over the phone.

The family learnt about the murder within hours as photos and distressing video footage of the burning body and torture and went viral in social media.

A Janaza was conducted on the premises of Rangpur Zila School where Jewel was a student. Several hundred people participated in the Janaza.

The family was yet to receive Jewel’s remains last night.

Jewel, a father of two, developed a mental health issue after losing his job in March and he used to take medicines prescribed by a doctor, Mukta said.

He went to Burimari with his friend Abu Jubayer Sultan Abbas on a motorcycle to get the medicine that someone was supposed to bring there from India, she added.

Family members said Jewel started working as a librarian at Cantonment Public School and College in Rangpur in 1996 after completing his masters in Information Science and Library Management from the University of Dhaka.

He also imparted lessons for class-VII and -VIII students.

WHAT HAPPENED ON THURSDAY

SP Abida Sultana said in primary investigation they have found that after entering the mosque he engaged in an altercation with one Khadem Jobed Ali.

Another devotee at the mosque then slapped Jewel and pushed him out to the balcony from inside the mosque. There were few more devotees on the balcony who then started beating him up.

The SP said Jewel entered the mosque and identified himself as a member of a law enforcement agency. It was not clear why he made such a claim, Abida said.

Jewel’s friend Abbas was away at the time to buy a mobile phone charger. He arrived and apologised and wanted to leave the spot immediately.

After the prayers, he accompanied the caretaker of the mosque, Jobed Ali, to see the Holy Quran and Hadith books in the mosque’s bookshelf.

When a Holy Quran fell to the floor from the bookshelf, Jobed and five devotees in the mosque started yelling at Jewel, reports our correspondent in Lalmonirhat.

“The mob beating took place when a rumour of insulting the Holy Quran was spread,” the OC said.

SP Abida said after hearing about the mob, a union parishad member went to the mosque and rescued Jewel and his friend and brought them to the UP office where they were locked in a room.

Patgram Upazila Nirbahi Officer Kamrun Nahar reached there with the local UP chairman. A bit later, the OC also reached there, the SP said.

The officers tried to appease some locals who had gathered there and managed to pacify them. But after a few minutes, several hundred stick-wielding people reached there and tried to snatch Jewel and his friend breaking the windows and collapsible gate of the building, she added.

Soon, they managed to break in.

In an attempt to save the duo, the OC then tried to take them to the roof, but the mob snatched Jewel away. The OC managed to take Abbas to the rooftop.

The SP said the mob also vandalised different establishments in the area.

They attacked the law enforcers with sticks, brick chunks, stones and whatever they found around. Police had to open fire, the SP said, adding that after around 15 to 20 minutes they brought the situation under control.

Three separate cases were filed with Patgram Police Station yesterday afternoon over the killing, burning, vandalism, and preventing the police from carrying out their duties, said OC Sumon.

Police also arrested five people who are named as accused in all the three cases.

The OC, however, refused to disclose the identities.

Sub-Inspector of the police station Shahjahan Ali filed a case against more than 50 named and hundreds of unnamed people for obstructing police.

Chairman of Burimari Union Parishad Abu Sayeed Newaz Nishat filed the other case against 50 named and hundreds of unnamed persons in connection with the vandalism and arson at the Union Parishad office.

Police are trying to identify the people involved from video footage, local sources and CCTV data.

According to eyewitnesses and video clips, while the agitated people were burning Jewel’s body they chanted the slogan “Nara E Takbeer Allahu Akbar”.

A three-member investigation team formed by the district administration has been working since Friday afternoon. The team is headed by Additional Deputy Commissioner TMA Momin. The two other members are Additional Superintendent of Police Rabiul Islam and Patgram Upazila Nirbahi Officer Kamrun Nahar.

The investigation team has been asked to submit its report today.

Protesting the killing, people of all walks of life formed a human chain at Rangpur Zila School on Saturday and demonstrated in Cantonment Public School and College.

At a rally in front of Rangpur Press Club on Friday, the speakers threatened to “paralyse Rangpur” if the people involved with the killing were not brought to book.