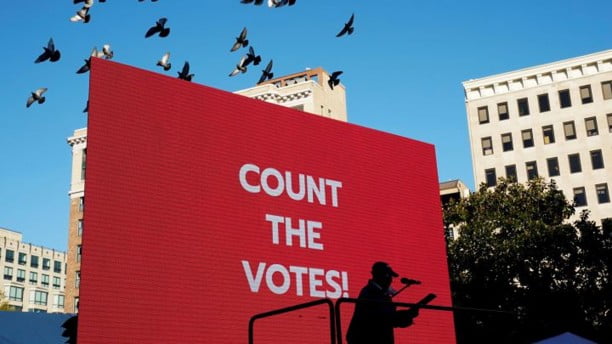 At the time of writing this, the outcome of the nail-baiting US presidential elections is still hanging in the balance as the last votes are being counted. The deciding factor seems to be centred on a handful of battleground states where Donald Trump had an initial advantage over Joe Biden but where things seem to be changing as the largely Democrat mail in ballots are being tabulated. Whoever ultimately gets the golden 270 electoral votes to win the presidency is still to be determined although so far the chips are tilting more towards Joe Biden. Regardless of who wins, what messages have the 2020 US elections given to the world?

We are impressed at the successful (till now) electoral process that has allowed an unprecedented turnout of voters to make their voices known through the ballot. It is more impressive considering that this has happened in the middle of a raging Covid-19 pandemic that has taken over 240,000 lives in the US. It reveals that this election is more crucial for the American people on both sides of the fence than ever before.

Apart from the inspiring dedication of the men and women painstakingly tabulating each ballot making sure it has been cast correctly, for the world watching, this most contentious election in US history has seen some unsavoury truths about America. The biggest shock for the world is the immense support for President Trump, who has gone out of his way to promote divisiveness, racial tension, white supremacy, discrimination, violence, denigration of the media, women and minorities, and denial of climate change, which is now being followed by an attempt to cast aspersions on the integrity of the electoral process whenever it goes against his interests. The fact that around 69 million people have voted for him shows that a huge number of Americans either endorse or overlook the abhorrent sentiments that President Trump has been fomenting. It shows that they find it acceptable that 240,000 of their fellow citizens have died under his watch because of his failure to listen to the scientists, doctors and even his own coronavirus taskforce regarding health guidelines that if implemented, could have saved thousands of lives.

The US elections have highlighted how divided American society is, how fragile it is against leadership that is based on creating chaos rather than harmony, increasing inequality and using misinformation and propaganda to control people. But even before the elections, the world had been awakened to the reality of racial inequality as well as its challenges to the basic democratic values that the US has always projected to the rest of the world. It has also shown how it is possible to challenge scientific evidence and delegitimise it through propaganda. It has shown that even something as straightforward as following basic health guidelines like wearing a mask can be made political.

The most frightening revelation of the US election and the months preceding it is how easy it is to dismantle all the progress a nation has made over decades. If the next president is Joe Biden, he will have the Herculean task of uniting a bitterly divided country while combatting an ongoing pandemic and dealing with the devastating economic fallout. If it is a reelection of President Trump, it will be difficult to heal the deep wounds he has inflicted on his country, especially when he has no intention of doing so.