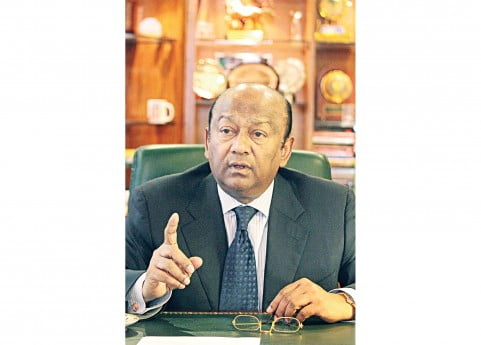 Latifur Rahman, founder of Transcom Group, was an exemplar of ethical and patriotic business as he ran the country’s one of the top conglomerates with sheer honesty, said the International Chamber of Commerce – Bangladesh (ICC-B) yesterday.

Rahman, a towering figure in the business in Bangladesh, was the founding member and vice-president of the local chapter of the world’s biggest trade body until his demise on July 1 at the age of 75.

The noted entrepreneur also served as a member of the executive board of the Paris-based ICC for two consecutive three-year terms from July 2011 to June 2017.

His extraordinary support, contribution, guidance and active participation since the ICC Bangladesh started its journey in the 1990s are remembered with gratitude, the ICC-B said in its quarterly news bulletin.

Transcom Group, which originated with family tea plantations in 1885, became one of the fastest-growing and diversified business groups in Bangladesh.

Rahman started his career as a trainee in 1966 in his family-owned W Rahman Jute Mills and was an executive until 1971. He established Transcom Group in 1973.

“Gradually, he has spread his excellence of entrepreneurship to various fields. He has diversified his businesses and institutions.”

Rahman believed in corporate culture. He took over the local operations of two multinationals — SmithKline & French and Philips — in the 1980s and retained the old management.

“He believed that professional management should be left to do what it can or is supposed to do,” the ICCB said.

Although the business of the group suffered tremendously due to the Covid-19, it did not lay off any of its employees as it believes that all the employees are part of the bigger family, the ICCB said.

“Rahman’s reputation for honesty and integrity was unrivalled and he was universally respected for upholding the highest ethical standards in the business.”

“He is one of the few entrepreneurs who contributed to the economic and social advancement of the country by setting up businesses. He showed that it is possible to do business in Bangladesh and take the nation forward by maintaining a high ethical standard.”

Simeen Rahman, the eldest daughter of Rahman and now the managing director and CEO of Transcom Distribution Company Ltd, said her father was an entirely different person.

“When we first joined the company, he told us in very clear terms that we would not get any extra favour just because we were the chairman’s children, we would get a salary and the ground rules would be the same as for any other employee of the company and we would be rewarded only if we deserved it,” she said in the bulletin.

Rahman believed and was committed to the belief that a democracy needs a free and independent press. This led him to play an important role in the creation of The Daily Star and the Prothom Alo, both recognised as the most independent newspapers in the country.

“He was uncompromising in principles, ideals and integrity, even if this would go against his interest. He had been harassed many times for being the owner of the country’s leading English and Bangla dailies, but he never gave in to any kind of pressure,” the ICCB said.

Unlike many industrialists in the country, Rahman believed that all industries should have labour unions and thinks it is important that every industry has an elected collective bargaining association.

He was also awarded the Business Executive of the year 2001 by the AmCham in Bangladesh, The Daily Star-DHL Special Award in 2012, the Saarc Outstanding Leader Award in 2017, and the Lifetime Achievement Award by the UK Bangladesh Catalysts of Commerce & Industry in 2017.

“Rahman believed that in the next decade Bangladesh’s economy will grow significantly and Bangladeshi companies should be playing roles not only in the country but also beyond that. We just need to get our act together and set our management practices right,” the chamber said.