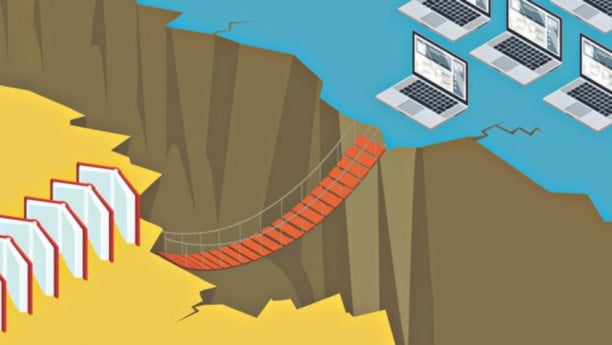 From now on, land mutation will be automatically completed online through a software within eight days of registration.

“An interoperability software will bridge the [two] offices,” Cabinet Secretary Khandaker Anwarul Islam said at a briefing after a cabinet meeting at the secretariat.

Prime Minister Sheikh Hasina presided over the meeting. She joined it virtually from the Gono Bhaban.

Terming the proposal’s approval a landmark decision, Anwarul said, “It will bring great relief to all… It will reduce mutation time and backlog of land-related cases.

In reply to a query, he said the new system is already in place in 17 upazilas including Savar. It will be expanded throughout the country within a year.

“Work has been going on for many days. The prime minister has been giving us directives to reduce time and prevent harassment [of people] during land registration and mutation.”

He mentioned that delay in land registration and mutation occurs as the work is carried out by two different offices under two ministries. But now they will be linked through the interoperable software and be able to share the database.

The cabinet secretary said AC land offices across the country now have 4.3 crore digital records of rights or Khatiyan.

Khatiyan is a document prepared through survey for determining possession, ownership and assessment of land development tax.

If a person goes to the sub-registrar’s office for registration of a plot of land, the sub-registrar will not register it immediately. The official will check the status of the record of rights regarding the plot of land. A notification will then be sent to the AC land who will scrutinise whether the application for registration is valid and send reply accordingly as early as possible, Anwarul said, adding that the AC land will complete mutation within eight days of registration.

“Since the AC land will have both the deed and land transfer notice from the sub-registrar’s office, the official will not need anything else and will complete land mutation through the software,” said the secretary.

He also mentioned that a Tk 2,000-crore project has been taken up to archive all documents of land registration and mutation.

The secretary further said the AC land offices across the country failed to update records on ownership of 50-60 percent plots of land. Now the offices, which will be able to update records based on online database, have to prepare monthly reports in this regard.

Anwarul said the issue of land inheritance has also been incorporated in the software.

“The prime minister has given directives to protect the rights of transgender people in case of land inheritance.”

When his attention was drawn to bribe allegations against a section of officials at sub-registrar’s offices, he said, “Now there is no such scope [for corruption] … The new system will right away reduce corruption by around 75 percent.

“According to our estimate, 75 percent of the lawsuits are filed over land dispute. Once this new system comes into effect, the number of cases will decrease by 50 percent,” he added.