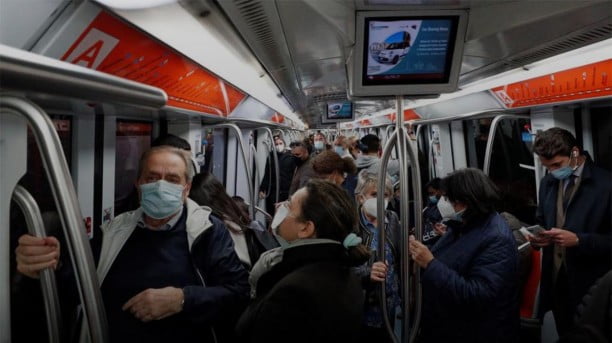 Italy has registered 24,991 new coronavirus infections over the past 24 hours, the health ministry said on Wednesday, a record high and up from 21,994 on Tuesday as cases in the northern region of Lombardy surged.

The ministry also reported 205 Covid-related deaths compared with 221 the day before.

Looking to slow the spread of the virus, the government this week imposed new restrictions on the country, ordering the early closure of bars and restaurants and shutting down gyms, cinemas and theatres, among other measures.

A total 37,905 people have now died in Italy because of coronavirus, the second highest tally in Europe after Britain, while 589,766 cases of the disease have been registered to date.

The northern region of Lombardy, which includes Italy’s financial capital Milan, was the epicentre of the country’s original epidemic earlier this year and remains by far the worst-impacted as the second wave hits.

The region reported 7,558 new cases on Wednesday against 5,035 on Tuesday. The neighbouring Piedmont region had the second highest tally, chalking up 2,827 cases.

Walter Ricciardi, scientific adviser to the health ministry, was quoted as saying on Wednesday that both Milan and the southern city of Naples should be put under lockdown. The mayors of the two cities urged the government to reject the idea.

Wednesday’s data showed hospital admissions rose by 1,151 across Italy over the past day to 16,517, while intensive care patients rose by 125 to 1,536 — more than when the government introduced a nationwide lockdown in March.