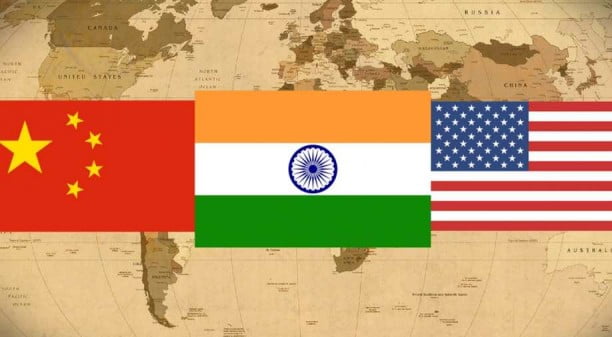 The Indo-China and US-China tensions can have a deep negative impact on the cooperation within the region, including Bangladesh’s economic cooperation with China, two foreign relations analysts have said.

India is in a standoff with China following the killing of the former’s 20 soldiers over the border issue in Ladakh in June, while US-China relations reached its lowest level in decades over the novel coronavirus pandemic, trade war and tensions in Hong Kong, Taiwan, and South China Sea.

Speaking at a virtual dialogue on Bangladesh-China development cooperation, Bangladesh Enterprise Institute President M Humayun Kabir said he could see interference by third countries over bilateral cooperation — something that was not observed before.

“For example, we have recently seen India and China’s competition at the Dhaka Stock Exchange,” he told the event, organised by Centre for Policy Dialogue (CPD).

Humayun, Bangladesh’s former ambassador to the US, also noted that geopolitics was getting mixed up with the projects like the Sylhet airport expansion project and the Teesta basin management project.

He said he sees more difficulties in future as Bangladesh goes ahead to develop more connectivity projects and the blue economy.

“They [India and China] have taken almost mutually exclusive position. Also, they are trying to influence other countries in the region to get them on their side,” the former diplomat added.

Maj Gen (retd) ANM Muniruzzaman, president of Bangladesh Institute of Peace and Security Studies (BIPSS), echoed Humayun’s views, saying the standoff between China and India in Ladakh has a negative impact on Bangladesh’s relations within South Asia, particularly because India is Bangladesh’s very large neighbour and has deep connections to Bangladesh both in economic and political spheres.

“But a bigger question that comes to my mind now is the great tension between the US and China and that is going to reshape much of the global landscape in our strategic relationship.”

The situation may force Bangladesh to choose a side, the analyst said, warning that Bangladesh should avoid taking a side at all cost.

Muniruzzaman said maintenance of strategic autonomy is fundamental to maintaining economic competitiveness and economic freedom. Therefore, Bangladesh needs to be extremely cautious in re-navigating the new complex world that it is entering.

He said the US has reinvigorated the Indo-Pacific Strategy (IPS). Bangladesh is part of the IPS, but it is also a signatory to the China-led Belt and Road Initiative.

Referring to the defence agreements signed on Tuesday between the US and India on sharing of geospatial information, the security expert said Bangladesh needs to charter its ways very carefully.

Humayun said the military deal between the US and India not only has regional implications, but also global impacts.

During his recent visits to the Maldives and Sri Lanka after India, US Secretary of State Mike Pompeo sent anti-China messages.

Referring to a Singaporean diplomat’s recent statement that Cambodia should be dismissed from the ASEAN as it is too close to China, Humayun said he was worried over such a trend.

He said Bangladesh needs a lot of foreign investments for its development and China has the capacity to invest. The Western countries don’t want to make such capital investments.

The former diplomat anticipated that Chinese investments in Bangladesh would be clouded possibly by geopolitical considerations.

He suggested that Bangladesh maintain a sophisticated diplomacy and encourage the countries like India and China to develop an investment framework on loan, debt and repayment accepted globally.