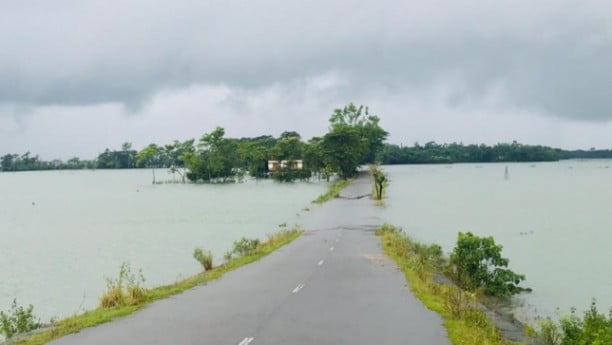 India has launched flash flood guidance services for South Asian countries–Bangladesh, Bhutan, Nepal and Sri Lanka–with the aim of providing necessary products in real time to support the development of warnings for flash floods about six hours in advance.

Flash floods are highly localised events with a very high peak and there is usually less than six hours between the occurrence of the rainfall and peak flood.

There is a general lack of flash flood warning capabilities and capacities of the nations across the world.

Recognising that flash floods have a particularly disastrous impact on lives and properties of the affected populations, the 15th WMO Congress had approved the implementation of a flash flood guidance system project.

IMD has tested the performance of the system during recent monsoon seasons in the pre-operational mode and flash flood bulletins were issued to national hydrological and meteorological services in the South Asian region for its validation.

IMD has highly advanced capabilities with respect to computing power, numerical weather prediction, vast observational network (ground, air and space-based) and an internationally-acclaimed weather forecasting system. The WMO has entrusted India with the responsibility of Regional Centre of South Asia Flash Flood Guidance System for coordination, development and its implementation.

The system was launched in New Delhi yesterday virtually and the event was attended by Bidyut Kumar Saha, hydrological advisor to permanent representative of Bangladesh to WMO, among others.