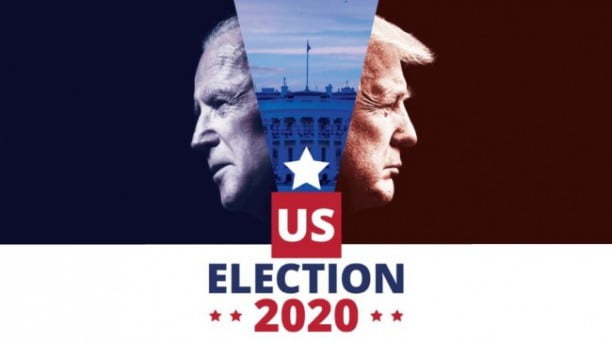 The USA, currently experiencing the highest Covid-19 cases with President Donald Trump mishandling the response to the pandemic, goes into a crucial presidential election today amid optimism for change and fears of post-polls violence.

The polling begins at 6:30am and ends at 7:00pm local times across the 50 US states where people will elect 535 electors who will vote the US President.

Optimism is there because the Americans are expecting a record voters’ turnout, which could be close to 70 percent of the 240 million eligible voters, and victory of Democratic candidate Joe Biden against Republican Donald Trump.

Analysts say majority of the African Americans, women, youths, immigrants, LGBTQ community and even many of the senior citizens have either voted or will vote Biden, who promises to restore the image that many Americans consider has eroded in the last four years.

Even opinion polls have found many white voters who traditionally vote for Republicans are now supporting Joe Biden. The erosion of support among white voters is problematic for the president since Trump has little wiggle room in states he won by a hair’s breadth in 2016, USNEWS reported, quoting polls.

Analysts say Trump’s mishandling of coronavirus pandemic, environment, anti-immigrant policies, resurgence of African Americans in the Black Lives Matter movement following George Floyd’s death, aggressive foreign policy that led to deterioration of relations with many countries are some of the leading factors this election.

Internally, polarisation between the Democrats and Republicans became detrimental to the American society and its democratic values, said Steve Mcphee, vice chair at the Northeast Ohio Sierra Club, Columbus.

“Trump has shaken the foundation of our democracy. We need to reconsider change and ensure integrity of our leadership,” he said during an interaction with a group of journalists virtually participating at the 2020 US Presidential Election Reporting Seminar (Oct 25-Nov 7), organised by the Hawaii-based East-West Centre.

Trump has diminished the humanistic approach towards relations with foreign countries, he said on Sunday.

Sierra Club’s Rainforest Conservation Committee Chair Michael Melampy said the US is doing the worst in terms of basic healthcare because of funding shortage.

The people failing to ensure healthcare face sheer vulnerability, which has exacerbated during the pandemic, he said.

Bill Sauers from Florida Alliance for Retired Americans said their priority is to ensure peoples’ safety as seniors’ immune system is weak, but Trump cannot do that.

Donald Singer, another retired American from Florida, said in many previous elections he voted for Republicans because they’re much closer to the people. Also, Republicans and Democrats worked together in the past, but that culture has almost diminished now.

“Joe Biden is ready to work with all,” he said.

Biden remains ahead in the opinion polls in most of the swing states — Florida, North Carolina, Pennsylvania, Ohio, Michigan, Arizona, Wisconsin, and Iowa.

Harriet Applegate, executive secretary of the North Shore AFL-CIO Federation of Labor in Cleveland, Ohio, said trade unions are totally unhappy over how Trump has been treating those working in the highways and factories during the pandemic.

She said Trump has reduced the tax of the corporations but is indifferent about workers’ welfare. Union members and their families are definitely going to vote Biden, she said.

Asked what would happen if Trump is reelected, they said Trump will turn into a fascist if he wins again.

Harriet Applegate, however, said she is nervous about Trump winning, but she thinks Trump could win only if he cheats. In such a case, he could be impeached.

Political analysts say if Biden wins by a big margin, post-election violence is unlikely over vote counting, an issue that Trump has repeatedly raised. On Sunday, he threatened to legally challenge mail-in vote counting and absentee votes in Pennsylvania.

A recent poll published by The Detroit News found 72 percent of people were worried about post-election violence. The Detroit Free Press in a report said election officials were deeply concerned about election day violence.

David J Becker, executive director of Washington-based Center for Election Innovation & Research, last week told this correspondent that people were prepared for any possible violence, but that’s not going to happen because “post-election violence is not there in the American culture”.

Some analysts, however, say that the last four years saw a different America, and post-election violence is not unlikely at all.