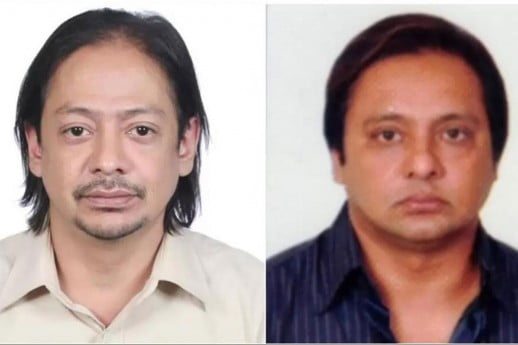 Sikder Group Managing Director Ron Haque Sikder and his brother Dipu Haque Sikder are yet to comply with the July 20 High Court directive that asked them to give 5,000 personal protective equipment (PPE) each as fine to the Prime Minister’s Relief and Welfare Fund.

The fine was handed to them for seeking anticipatory bail from abroad in a criminal case.

The siblings have not given the PPEs to the Fund as their petition seeking permission from the Appellate Division of the Supreme Court to challenge the HC directive is still pending a hearing at the apex court, their lawyer Muhammad Saifullah Mamun told The Daily Star on Friday.

He said the Appellate Division on August 9 adjourned the hearing on the petition seeking its permission to move a leave to appeal prayer before this court (Appellate Division) against the HC order.

The Appellate Division is yet to fix another date to resume the hearing, the lawyer said.

On July 20, the HC fined Ron and Dipu for seeking anticipatory bail from abroad in a case filed against them on charges of abducting, torturing and threatening to shoot two top Exim Bank officials over loan permission.

Rejecting their bail petition, the HC ordered the two brothers, now in Thailand, to give 5,000 PPE each, 10,000 in total, as fine to the prime minister’s fund in two weeks.

The siblings were also asked to submit a report to the Supreme Court registrar general’s office after providing the PPEs.

Speaking to The Daily Star on Friday, SC Registrar General Md Ali Akbar said he could not remember whether Ron and Dipu had submitted any compliance report to his office.

The two had jointly filed the petition on July 2 with the HC seeking anticipatory bail in the case.

The HC bench of Justice Md Ashraful Kamal passed the order after virtually holding a hearing on the anticipatory bail petition.

The court also made some observations criticising the siblings’ lawyers for supporting them in filing the bail petition from abroad.

Lt Col (retd) Sirajul Islam, director of Exim Bank, filed the case with Gulshan Police Station on May 19 against the two brothers for allegedly torturing two top officials of the bank and threatening to shoot them over a Tk 500-crore loan.

The accused reportedly left the country by air on May 25.

The two brothers on July 28 filed a petition with the Appellate Division through their lawyers seeking permission to challenge the HC order.

On July 29, Chamber Judge of the Appellate Division Justice Md Nuruzzaman sent the petition to its full bench for hearing on August 9.

On August 9, a full bench of the Appellate Division, headed by Chief Justice Syed Mahmud Hossain, adjourned the hearing on their petition four two weeks.

The lawyer on that day had told the Appellate Division that his clients would decide on moving the petition after examining the full text of the HC order which was released on the website on August 8.