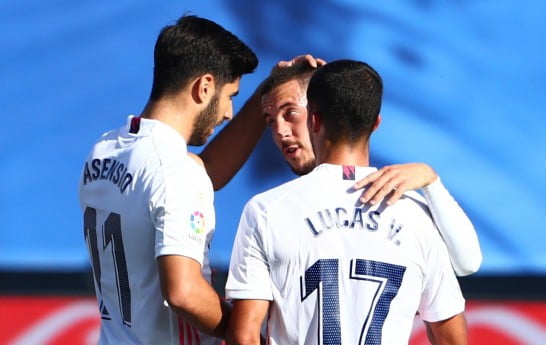 Eden Hazard scored his first goal for Real Madrid in over a year and Karim Benzema struck twice as the Spanish champions coasted to a 4-1 win at home to Huesca in La Liga on Saturday.

Making his first start of the campaign after persistent injury problems, Hazard broke the deadlock in the 40th minute with a thunderous strike from outside the area, scoring only his second goal for Madrid since his 2019 move from Chelsea.

Zinedine Zidane’s side soon extended their lead in added time of the first half when Karim Benzema chested down a cross from Lucas Vazquez and fired inside the far post.

Federico Valverde further stretched their lead in the second half before David Ferreiro pulled a goal back for Huesca.

Benzema rounded off a classy overall display by heading home from close range in added time as the league leaders recorded their fifth win out of seven matches this season.