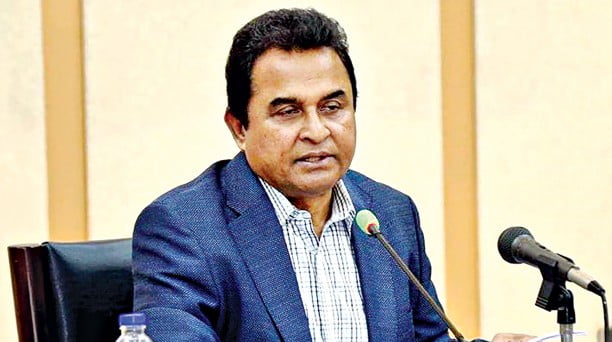 Finance Minister AHM Mustafa Kamal yesterday said the country’s forex reserves could be invested in good projects which would be sponsored by the government.

“The foreign minister said the size of foreign currency reserves will continue to grow. That’s why we are thinking how to use this fund,” he told reporters after a meeting of the Cabinet Committee on Public Purchase.

Kamal’s comments come at a time when the country’s forex reserves hit the record $41-billion mark.

He said the foreign currency reserves would be used to implement the government-sponsored projects. “In that case, our money will remain in the country instead of going out and we will be able to use the money for the country’s development.”

The minister said the demand for money has fallen substantially across the world after the outbreak of the Covid-19 pandemic. So, depositing the forex reserves in any foreign bank is not profitable now, he added.

“That’s why if we have good projects, the government will sponsor and finance in it [from the forex reserves] as mentioned by the prime minister earlier.”

Asked about a private firm’s proposal to lend money from forex reserves, the minister said he did not have a personal stance on this issue.

Kamal said Prime Minister Sheikh Hasina would make the final decision on how to use the forex reserves.

The PM started thinking about how to use forex reserves effectively after it crossed $40-billion mark, he told reporters.

The minister expressed optimism that the country’s forex reserves would hit $50-billion mark by the end of next year.