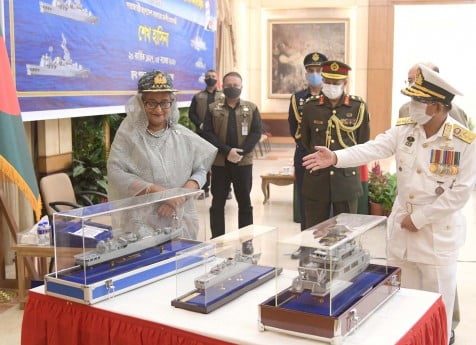 “We not only want to protect our seas, but also use marine resources so that we can achieve economic prosperity. We’ve adopted the concept of blue economy and keep working on it,” she said.

The PM said this while commissioning five modern warships of Bangladesh Navy at the Naval Berth-1 in Chattogram through a video conference from her official residence Gono Bhaban.

She said Father of the Nation Bangabandhu Sheikh Mujibur Rahman had formulated the Territorial Waters and Maritime Zones Act, 1974 even before the United Nations adopted the marine law.