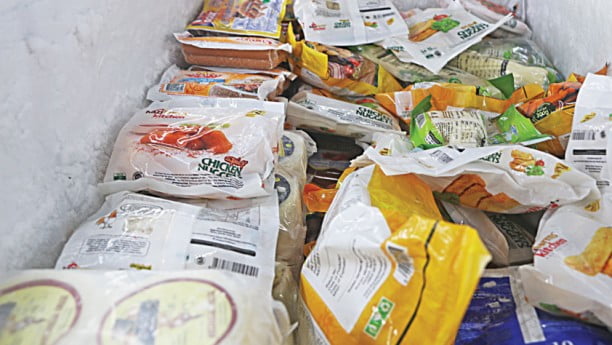 The ongoing Covid-19 pandemic has forced the world to adjust to a new reality. Many consumers who love to spend time at restaurants and cafes or even just enjoy traditional snacks, such as samosas and fuchka from roadside vendors, have had to think otherwise.

To satisfy their cravings, a fair number of urban residents, particularly those in Dhaka, have opted to stock up on frozen or ready-to-eat meals in a bid to avoid going outside amid the current crisis.

This shift has fuelled the demand for frozen and ready-to-eat snacks, raising hopes among producers that they will enjoy good business in the coming years.

“This industry is going to grow. The pandemic has changed a lot of our habits, we do not act the same as we did in February as Covid-19 created awareness about hygiene,” said Ahmed Rajeeb Samdani, managing director of Golden Harvest Agro Industries, a leading frozen food manufacturer.

The demand for ready-to-eat chicken and beef products has grown over the past several years as the middle-class and working families increasingly seek convenience.

Encouraged by the rising demand, around 30 companies signed up to make frozen foods and snacks.

As a result, rapid growth took place over the last three to four years, Samdani said.

Golden Harvest began its journey back in 2006, when there were only two other firms operating in the industry.

According to the managing director, the overall market for frozen foods, including meat products, currently stands at about Tk 1,000-1,200 crore thanks to 20 per cent annual growth on average for the past five years.

This forecast comes at a time when many urban residents have opted to stay at home to steer clear of the contagious coronavirus.

As the government eventually relaxed its lockdown measures, restaurants across the country slowly started to reopen from the beginning of June.

Still though, those who once loved to dine out now prefer to cook for themselves at home.

Sales at these outlets, which account for more than one third of the company’s total sales, suffered at the beginning of the countrywide ‘general holiday’ that began on March 26.

“Demand in these outlets started to increase from July,” Chaudhury said.

However, Kazi Food saw higher sales growth from retail and supermarkets during the same period.

“Overall, we have had good growth this year compared to a year ago,” he said.

There should also be strong growth in the market in the coming years.

However, it might be challenging for firms that heavily rely on demand from hotels, restaurants and cafes this year, Chaudhury added.

“Although, it may appear that frozen foods market has grown a lot this year, the reality is different,” he said.

“Hotels, restaurants, cafes and schools account for more than one of third of our sales and so, revenue from this channel took a nosedive after the general holiday began in March,” Samdani added.

Moshiur Rahman, managing director of Paragon Group, a leading poultry breeder and chicken-based products manufacturer, said institutional sales dropped during the two-month lockdown as physical meetings, parties and social gatherings were off at the time.

But the demand from offices, hotels and such began to increase last month as people are returning to work in an effort to maintain their lives amid the new reality.

So by the end of this year, Paragon will likely post 10 per cent sales growth, he added.

“The frozen food market is growing fast and will continue as such,” he added.

Samdani said the various market players will only be able to tap into this added demand once they develop capacity.

“We are yet to develop a proper distribution channel of cold chain facilities to transport frozen foods in the country,” he added.

Meanwhile, Golden Harvest is investing to expand its production capacity.

“We are all hoping that the next year will be a good year,” Samdani added.