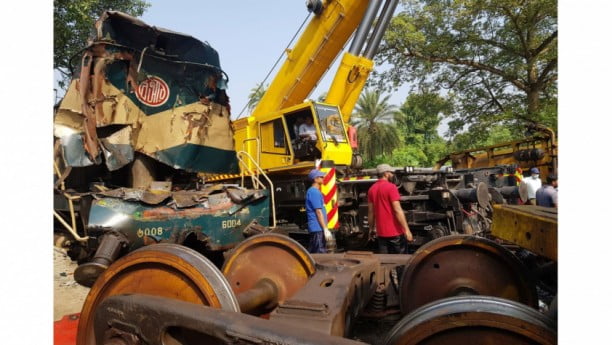 Rail communication of Khulna with other parts of the country has been restored after around 10 hours of suspension following a collision between two freight trains in Kotchandpur upazila of Jhenidah.

The stationmaster said five tankers of a diesel-carrying train derailed following the collision at Safdarpur station around 2:00am.

The accident happened when a stone-laden train from Darshana and diesel-carrying train from Noapara of Jashore ran on the same track after ignoring signals and collided, he said.

No casualty has been reported.

A three-member committee has been formed with Assistant Traffic Officer of Pakshey as its chief to investigate the incident.