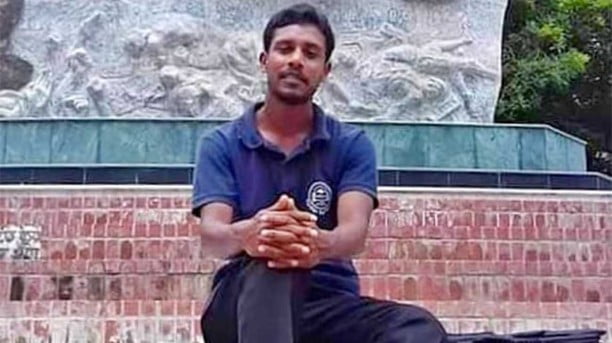 A former student of Rajshahi University was found dead by Dhaka-Aricha highway in Savar this morning.

Mostafizur was a student of Department of Philosophy of Rajshahi University and used to work as an accountant at a school in Savar, said the police official.

Being informed by locals, police recovered the body that bore several stab injuries from Shimultola area around 8:00am, our Savar correspondent reports quoting inspector Saiful Islam.

Law enforcers also recovered an ID card and an ATM card belonging to the victim from the spot, he said.

The inspector suspected that he might have been stabbed to death by muggers after he got off the bus.

Talking to our RU Correspondent, Dr Ekram Hossen, associate professor, Department of Philosophy of RU, said Mostafizur was a student of the department and completed his master’s degree in 2017.

Meanwhile, a group of RU students formed a human chain on the campus protesting the murder and demanded immediate arrest of the criminals, added our RU Correspondent.