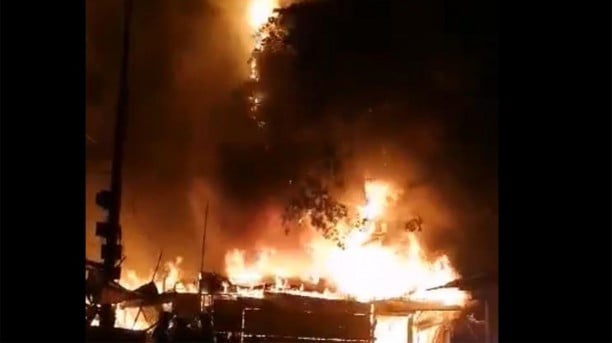 A fire broke out at Notun Bazar slum in Kalyanpur in the capital tonight.

The fire broke out at the slum around 10:03pm, said Mahfuz Riben, duty officer of the Fire Service and Civil Defence headquarters control room.

Nine units of fire-fighters rushed to the spot and are working to douse the blaze, said Mahfuz Riben.

The reason behind the fire could not as yet be ascertained.