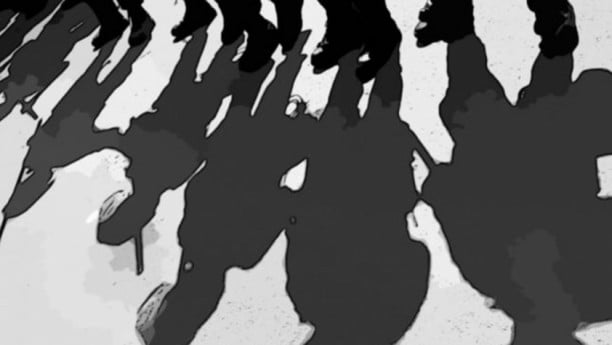 Ten US senators from the Republican and the Democratic parties have called on the Trump administration to impose targeted sanctions on “senior commanders” of Bangladesh’s Rab, which they said have reportedly killed more than 400 people extrajudicially since 2015.

Senator Bob Menendez, ranking member of the Senate Foreign Relations Committee, and Senator Todd Young led eight other senators to make the call in a bipartisan letter to Secretary of State Mike Pompeo and Secretary of the Treasury Steven Mnuchin.

The senators urged the administration to impose targeted sanctions on senior Rab commanders under applicable authorities, including the Global Magnitsky Human Rights Accountability Act and Section 7031(c) of the FY 2020 Further Consolidated Appropriations Act, according to a statement the US Senate Committee on Foreign Relations issued on Tuesday.

Contacted, Rab Director (legal and media) Lt Col Ashik Billah said Rab was not involved in extrajudicial killings under any circumstances. All Rab operations adhere to specific rules and regulations.

The bipartisan senators said since 2015, the Rab has reportedly extrajudicially killed more than 400 people, and the Rab has been credibly implicated in many cases of enforced disappearances and torture.

“These violations appear to be part of a broader crackdown on dissent by the ruling Awami League, and the Rab has not been held to account,” said the letter.

“Extrajudicial killings by the Rab have reportedly spiked since the Government of Bangladesh began its ‘war on drugs’ in the months ahead of the December 2018 elections.”

UN experts, including the Special Rapporteur on extrajudicial, summary or arbitrary execution wrote that the ‘war on drugs’ ‘appears to be a deliberate policy of extrajudicial killings’ and urged the Bangladesh government to end it and respect the rule of law and human rights, it said.

In nearly all cases, the senators said, the Rab claims that such extrajudicial killings result from “gunfights” or “crossfire,” but documentation from reputable human rights organisations demonstrates that victims were often in Rab custody when they were killed, and many of their bodies show signs of death by execution, rather than a gunfight.

However, the government has failed to end these abuses and the Rab continues to commit extrajudicial killings with impunity, they said.

In addition to extrajudicial killings, UN experts, journalists, and human rights groups have documented cases of Rab committing enforced disappearances and widespread torture, including the 2019 abduction and suspected torture by the Rab of three men whose employer had a dispute with a high-ranking government official.

“These cases illustrate a pattern of gross human rights violations for which the Rapid Action Battalion and its senior leadership have faced no consequences.”