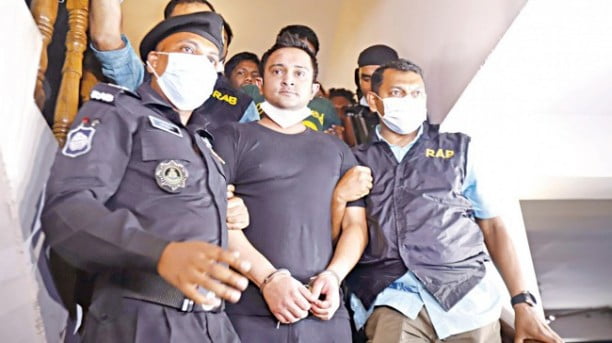 The duo were earlier placed on three days’ remand after they were produced before the court with a seven-day remand prayer on October 28.

Erfan and Zahidul were sentenced to one year in prison for illegally possessing walkie-talkies and foreign liquor after their arrest on October 26.

Rab Executive Magistrate Sarwoer Alam handed six months’ imprisonment to them for keeping the radio transceivers illegally and the other six months for illegal liquor possession.