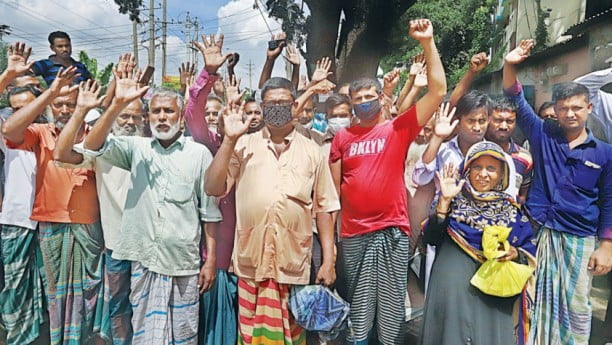 The government will clear dues of laid-off and retired workers of 25 state-run jute mills — that were shut down — by November this year, Textiles and Jute Minister Golam Dastagir Gazi said today.

The announcement comes as 34,716 workers, including 24,609 laid-off, have not received their dues despite three and a half months have passed since July 1, when the government permanently closed 25 mills in the face of continued losses.

The Textiles and Jute Ministry estimates that retired and laid-off workers will get a total of Tk 3,800 crore.

Until now, the Finance Ministry sanctioned Tk 1,790 crore for the Bangladesh Jute Mills Corporation (BJMC), the owner of state-jute mills, to clear dues of laid-off and retired workers.

“The dues are cleared through savings certificates and workers’ bank accounts,” said Dastagir at a press conference at the Secretariat.

Dastagir hoped that all the dues of workers would be cleared by next month.

The government unveiled the plan at a time when casual and laid-off workers, particularly in the jute industrial belt in Khulna and Jashore, have been demanding reopening of state jute mills.

Apart from permanent workers, the mills provided livelihoods to more than 39,000 workers, the officials also said.