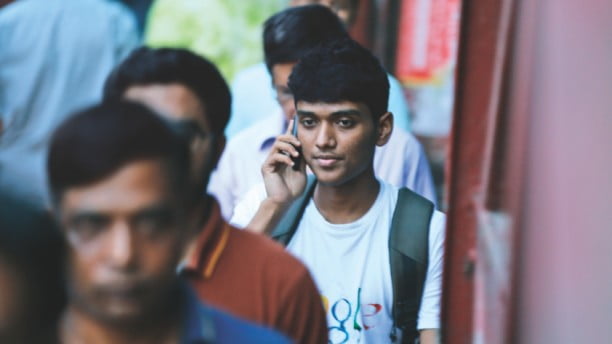 Frequent call drops and disruptions have been a bane for a large chunk of the country’s more than 16 crore mobile subscribers in the first eight months of the year.

There were 112.95 crore call drops between January and August, according to the Bangladesh Telecommunication Regulatory Commission (BTRC).

That translates to an average of about 47 lakh call drops per day.

Other than call drops, weak reception causes disruptions in conversations, causing many subscribers to end the call and start a new one.

This has been especially problematic during the Covid-19 pandemic, when smooth mobile connections are imperative as many continue to work from home.

“There were two call drops today while I was in my office in Agargaon. It’s become unbearable,” Adnan told The Daily Star on Tuesday.

He also said two out of 10 calls drop when he uses his phone in his Mohammadpur residence.

“Sometimes, when I am on a call with my bosses, it gets disconnected. It’s really embarrassing,” he added.

The 5 crore subscribers of Robi Axiata, which operates under Robi and Airtel brands and has over 5 crore customers, are the worst sufferers as over 48 crore call drops were experienced by their subscribers in the eight months, according to BTRC.

However, Md Quamruzzaman Ripon, a Robi subscriber who lives in the capital’s Lalmatia, said he experienced fewer call drops this year compared to last year.

“Robi’s call drop in the given time is less than 1 percent which is well below BTRC’s standard rate of 2 percent for call drops,” said Robi Axiata in an email reply yesterday.

Robi Axiata also said in Bangladesh, mobile operators are being forced to operate within a limited spectrum (the radio frequencies allocated to the mobile industry and other sectors for communication over the airwaves) principally due to price issues.

In order to ensure quality services, there is no alternative to allocation of adequate amount of spectrum to operators considering the number of people they serve, it added.

Jayed Rahman, a resident of Gopalganj’s Muksudpur, subscribes to the services of three operators — Grameenphone (GP), Banglalink and Robi.

“While at home I face network problems with all three operators. But the worst experience is with GP’s network,” said Rahman.

However, some living in the capital using dual networks at a time said GP is comparatively better as it has fewer call drops and instances of poor signals.

There were over 46 crore call drops for GP users in eight months. The leading operator has 7.75 crore subscribers as of September.

Banglalink users Tanzina Aktari Moumi, who has been living at Bogura town’s Colony area since the pandemic hit Bangladesh, has given up using Banglalink in May after facing frequent call drops.

“In a 10-minute call, there were three-four call drops. I was so fed up that I switched to another operator,” she said

However, Abdus Salam of Habiganj said he has been using Banglalink, which now has 3.47 crore subscribers, for over a decade and its network is good.

Banglalink subscribers experienced 14.65 crore call drops in the first eight months this year, putting the operator in a better position than top rivals Grameenphone and Robi Axiata in terms of call drop figures.

“Our call drop rate is much lower than the benchmark set by BTRC. In order to ensure the best digital and voice services, we purchased 10.6 MHz spectrum back in 2018,” said Taimur Rahman, chief corporate and regulatory affairs officer of Banglalink.

There is 1 Megahertz spectrum for around every 1.1 million Banglalink users, which is the highest ratio among operators other than Teletalk.

There were 4.11 crore call drops in the eight-month period for Teletalk customers.

“Our telcos are doing well in many areas but there is some technical advancement needed to address the issue of call drops,” he said.

He stressed on tougher regulatory measures to ensure customers’ rights.

However, mobile phone operators argued the industry average for call drops is lower than the average of the developed world with the telecom regulator’s ceiling of 2 percent.

“Any number becomes cognisable when compared with the relevant data. So, an average 14-crore call drops per month should be compared with the total number of generated calls during the period to get the actual picture,” said Brig Gen SM Farhad (Retd), secretary general of the Association of Mobile Telecom Operators of Bangladesh.

However, in Bangladesh, the mobile call drop rate is within the regulators’ threshold, he added.

In the last two years, mobile and internet subscribers increased by over 1 crore and nearly 2 crore respectively.

However, there were no new towers in Bangladesh since then, prompting service quality to decline gradually.

The government in 2018 had approved four applications for tower operation licences, but due to a lack of consensus between tower-sharing operator licensees and telecom operators, and regulatory issues, there have not been any new towers built yet.