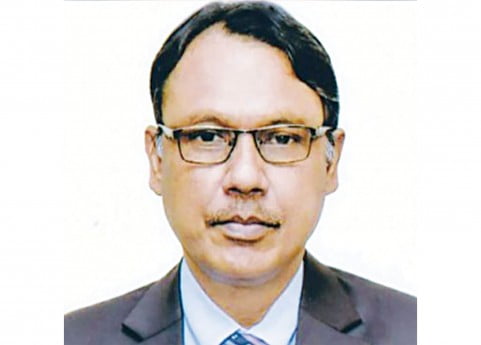 He tendered his resignation on October 8 and the board approved it yesterday.

Hoq’s appointment was a long-debated issue because his performance in his previous organisation could not live up to the expectation, said a director of the premier bourse.

Before joining the DSE, he was the managing director of the Investment Corporation of Bangladesh (ICB), the state-run investment bank. During his tenure from 2017 to 2019, the company’s profits plunged to a 12-year-low.

What is more, ICB restrained itself from carrying out its main goal of supporting the stock market, a director of the DSE said.

Hoq joined the exchange on February 9 for three years.

The selection process of Hoq, who previously served as the managing director of Rajshahi Krishi Unnayan Bank, Karmasangsthan Bank and Agrani Bank, was not without controversy either.

Three shareholder directors and some independent directors had opposed his appointment.

But one shareholder director managed the situation by saying that “the upper level” wanted Hoq and if he was not chosen, there would be problems for the DSE, said one director in February.

This had compelled six of the seven independent directors and one of the local shareholder-directors to go for Hoq.

The controversy did not end there.

Normally, the nomination committee of the DSE makes a shortlist and sends the candidates’ curricula vitae (CVs) to the board members for evaluation. The selected candidates are then called for a panel interview with the board and the best candidate is chosen.

The last time, the CVs of the short-listed persons were not sent to the board, so they were not called for interview, in violation of the selection process, said another director at the time.

An independent director said the DSE board was not happy about Hoq’s performance. So, he had no option other than resigning.

He also fell out with the same shareholder-director, who used his influence to make him the MD. This weakened his position in the company, he added.

Hoq did not receive phone calls.