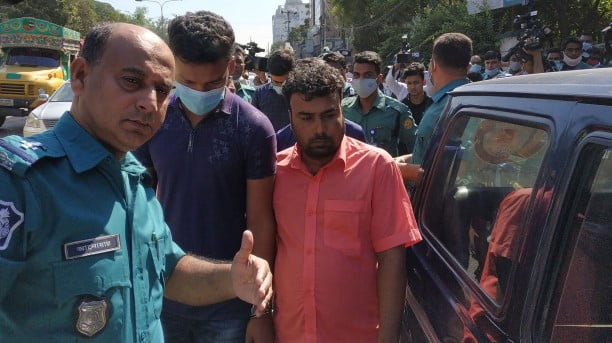 Police have arrested 10 people in connection with the death of Senior Assistant Superintendent of Police Anisul Karim, who was assaulted by the staff of a hospital where he was admitted yesterday with some mental complications.

A murder case was filed with Adabor Police Station in this regard.

Yesterday morning, Anisul was taken to Mind Aid Hospital in the capital’s Adabor area to be admitted for treatment, but died before the admission procedure ended.

CCTV footage showed that some hospital staff members physically assaulted Anisul after taking him inside a room.

The Daily Star could not independently verify the CCTV footage.