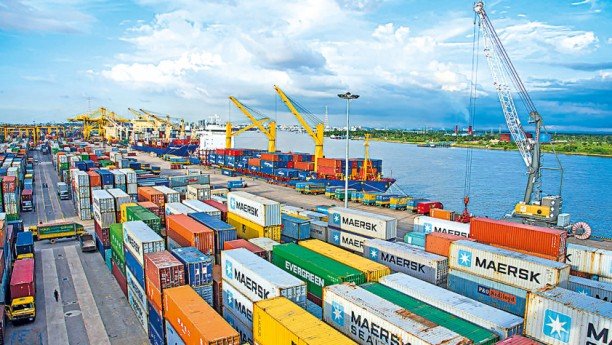 The country’s current account balance posted a surplus of $3.53 billion in the first quarter of the fiscal year on the back of a sharp decline in the trade deficit.

This contrasts to a deficit of $715 million in the same quarter a year ago, according to data from the central bank.

The first quarter’s current account balance is the highest in the same quarter in the last six years. The current account data before fiscal 2014-15 are not available on the central bank’s website.

The current account of the balance of payments is a record of a country’s international transactions with the rest of the world. It includes all the transactions (other than those in financial items) that involve economic values and occur between resident and non-resident entities.

The upward trend of the current account balance is a good sign, but there is no scope to be complacent, said experts.

The current account surplus is a reflection of lower domestic consumption, production and investment and an indication of weak economic growth as a whole, they said.

The ongoing economic slowdown brought on by the coronavirus pandemic is mainly responsible for the record balance of the current account.

Also, strong growth in remittances in recent months has pushed up the surplus of the current account. Between July and October, remittance hit $8.82 billion, up 43.24 per cent year-on-year.

The lower import of the items hinted that the country’s economic activity has almost stagnated, he said.

For instance, settlement of letters of credit (LCs) for capital machinery narrowed 38.93 per cent year-on-year to $594 million in the first quarter.

“The demand of investment and consumption has been very weak in the recent period due to the economic meltdown,” Hussain said.

So, the record current account does not bring any positive outcome for the economy at this moment, he said.

Imports plunged unprecedentedly in the wake of a massive decline in domestic consumption, he said.

“The surplus in the current account will squeeze when economic activities pick up,” said Mansur, also a former high official of the International Monetary Fund.

The record foreign exchange reserve is also a reflection of the lower trade deficit and surplus in the current account.

The country’s foreign exchange reserve stood at $41 billion on November 1 in contrast to $32.43 billion a year ago.

Some emerging economies, including India, have witnessed the same development.

India’s current account balance recorded a surplus of $19.8 billion in the first quarter of FY21 compared to a deficit of $15 billion a year ago.

The neighbouring country’s foreign exchange reserve posted an all-time high of $560.53 billion on October 23 in contrast to $475.56 billion on March 27.

This means both the reserve and the surplus of the current account widened to a large extent during the pandemic.